() is a county-level city under the jurisdiction of Jinhua in Central Zhejiang Province, China. It covers an area of and administers eleven towns, one township, and six subdistricts. It is part of the Yangtze River Delta Economic Region. Its built-up (''or metro'') area, made of Dongyang and the neighboring city of Yiwu, was home to 2,038,413 inhabitants at the 2010 census.

Dongyang county was first set up in AD 195 (2nd year of Xingping Reign of East Han Dynasty) and known as Wuning (). In AD 688, the name was changed to Dongyang (). The name Dongyang means "Eastern Sun".

Dongyang is home to numerous construction companies, the primary one being Zhongtian. Dongyang also produces magnets, chemicals, plastics, garments and agriculture and wooden sculptures. The reform and opening policies of the 1970s have accelerated economic growth, and the city ranks among the top 100 cities in China, and the first well-off counties (cities) in Zhejiang Province. In 2005, the city's GDP reached 15.984 billion RMB yuan, earning fiscal revenue of 1.38 billion RMB yuan. Per-capita disposable income for urban households totaled 13,349 RMB yuan, and per-capita net income for farmers amounted to 6,903 RMB yuan. Industry is a major component of Dongyang's economy. The city boasts a wide range of industrial sectors, led by electronic, machine building, magnetic material producing, and medical and chemical industries. At present, Dongyang has become the largest magnetic material production and exportation base in China. It is also the third largest medical and pharmaceutical city in Zhejiang, and boasts a group of leading companies in this sphere, such as Hengdian Kangyu Pharmaceutical Co.Ltd, Zhejiang Garden Biological High-tech Co., Ltd, and Zhejiang Hansheng Pharmaceutical Co.Ltd. Dongyang is experiencing a period of great growth, comparable to other regions and cities in Eastern China. In the city square (called Holman Chen), many couples on pleasant evenings dance to traditional and Chinese pop songs. In one of Dongyang's towns, Hengdian, there is a famous movie studio, where many films and TV shows about ancient China are made. Considered the Hollywood of the East, this vast movie set is a great day trip that is usually very quiet and empty. The movie set is home to a recreation of the Summer Palace, the Great Wall, an ancient Chinese Village and several small European Villages as well as a Pirate ship in a man-made lake. The movie ''Hero'', starring Jet Li was filmed there, as well as the recent video game adaptation. Huawei electronics has a large campus in Dongyang, one of its factories had a large industrial fire. 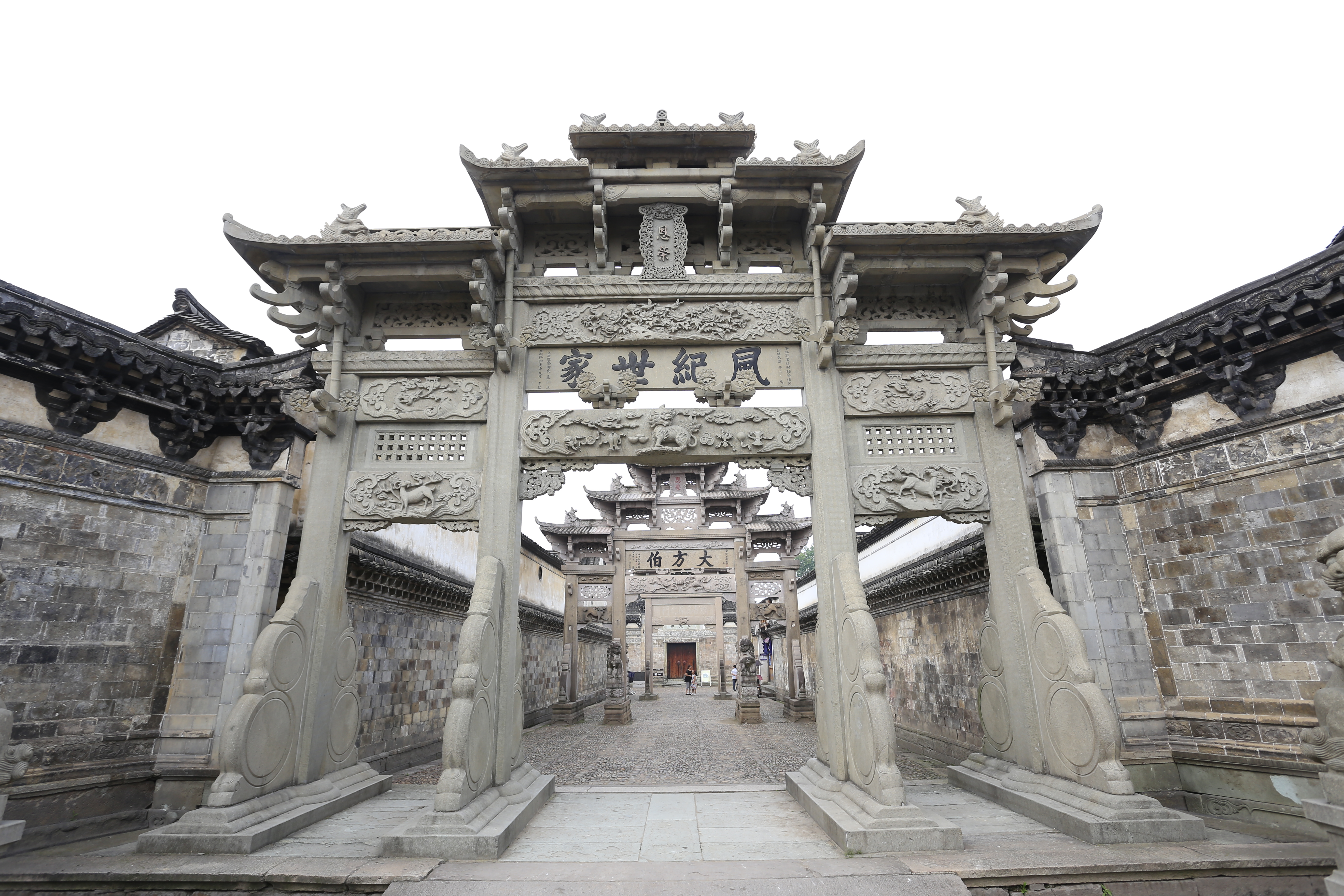 Lu Residential Complex () is one of the key historical and cultural sites under state-level protection in China. Located in downtown Dongyang, the great architectural complex has been the habitation for the Lu family since 800 years ago. It is well known as the Imperial Palace in South China. It is composed of six groups of buildings. The residential complex is ancient, delicate, and magnificent, and the buildings inside dating from Ming and Qing Dynasties feature the typical Ming-Qing architectural style. Hengdian World Studios () is the Hollywood in China. The magnificent and elaborately-designed bases and modernized studios there have attracted many directors both from home and abroad. More than 400 films were shot in Hengdian World Studios, including some popular films, such as Opium War, the Emperor and the Assassin, Hanwu the Great, Hero, the Promise, Curse of the Golden Flower, and the Forbidden Kingdom, etc.

Dongyang also has Baiyun Cultural Park, a place for relaxation with several representations of Daoism and Buddhism including a 50-foot statue. Dongyang Woodcarving () is reputed as one of the best folk handicrafts and a national treasure, as one of the four major schools of woodcarving in China. Dongyang has been honored as the hometown of woodcarving since ancient time. Dongyang Woodcarving came into being early in Tang Dynasty. In Song Dynasty, it became state of the art. During the Ming and Qing Dynasties, Dongyang woodcarving flourished. A famous local tradition in Dongyang is the virgin boy egg (), an annual tradition in early spring time where the urine of prepubertal school boys preferably under 10 years is collected and boiled with eggs and then sold (for 1.50 yuan around twice the price of a regular boiled egg.) and eaten, it is said "it tastes like spring". In 2008, Dongyang recognized the eggs as "local intangible cultural heritage."