The Desert Inn, also known as the D.I., was a hotel and casino on the Las Vegas Strip in Paradise, Nevada, which operated from April 24, 1950, to August 28, 2000. Designed by architect Hugh Taylor and interior design by Jac Lessman, it was the fifth resort to open on the Strip, the first four being El Rancho Vegas, The New Frontier, the still-operating Flamingo, and the now-defunct El Rancho (then known as the Thunderbird). It was situated between Desert Inn Road and Sands Avenue. The Desert Inn opened with 300 rooms and the ''Sky Room'' restaurant, headed by a chef formerly of the Ritz Paris, which once had the highest vantage point on the Las Vegas Strip. The casino, at , was one of the largest in Nevada at the time. The nine-story St. Andrews Tower was completed during the first renovation in 1963, and the 14-story Augusta Tower became the Desert Inn's main tower when it was completed in 1978 along with the seven-story Wimbledon Tower. The Palms Tower was completed in 1997 with the second and final renovation. The Desert Inn was the first hotel in Las Vegas to feature a fountain at the entrance. In 1997, the Desert Inn underwent a $200 million renovation and expansion, but after it was purchased for $270 million by Steve Wynn in 2000, he decided to demolish it and build a new hotel and resort and casino. The remaining towers of the Desert Inn were imploded in 2004. Today, the Wynn and Encore are now where the Desert Inn once stood. The original performance venue at the Desert Inn was the Painted Desert Room, later the Crystal Room, which opened in 1950 with 450 seats. Frank Sinatra made his Las Vegas debut there on September 13, 1951 and became a regular performer. The property included an 18-hole golf course which hosted the PGA Tour Tournament of Champions from 1953 to 1966. The golf course is now a part of the Wynn resort. 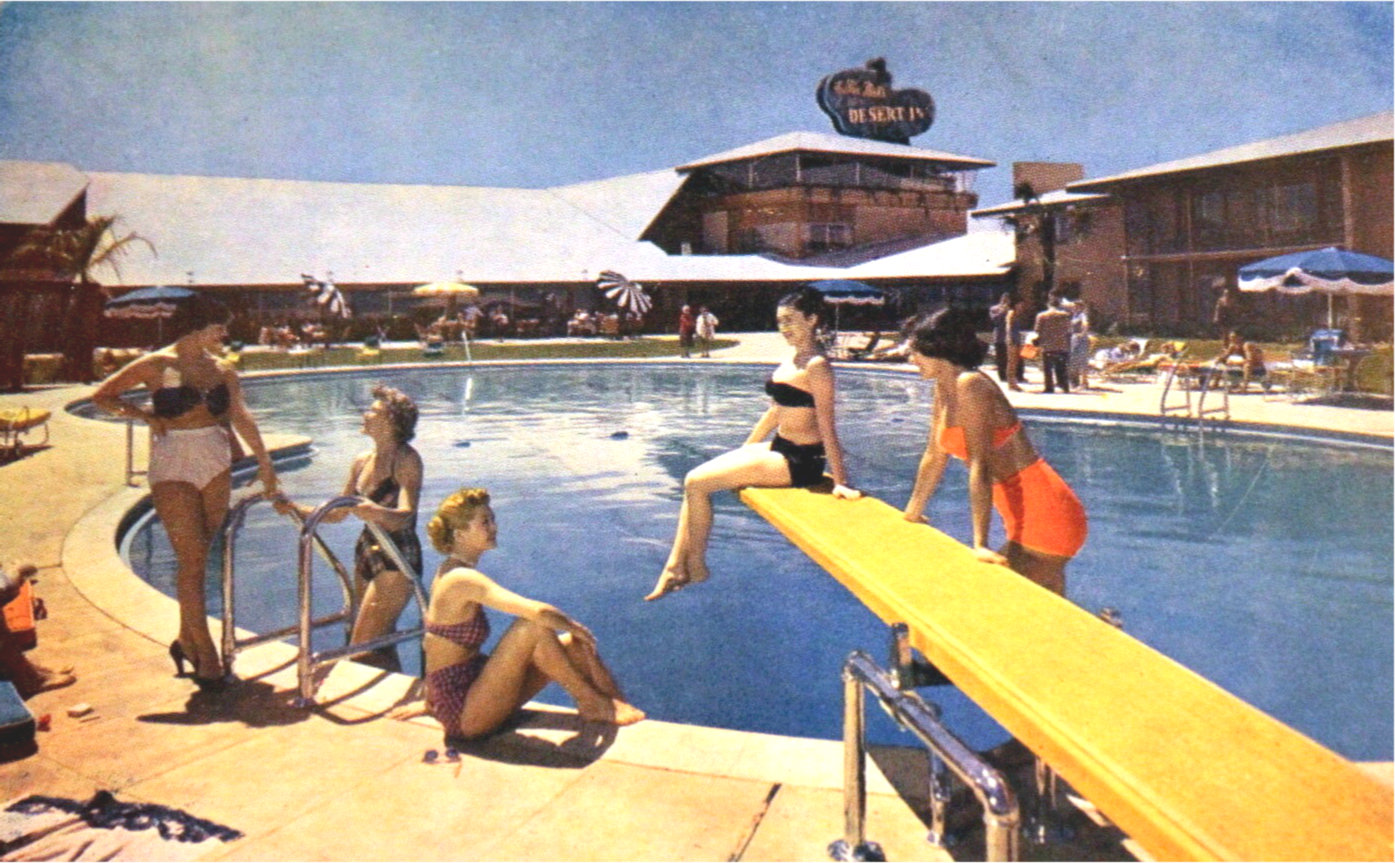 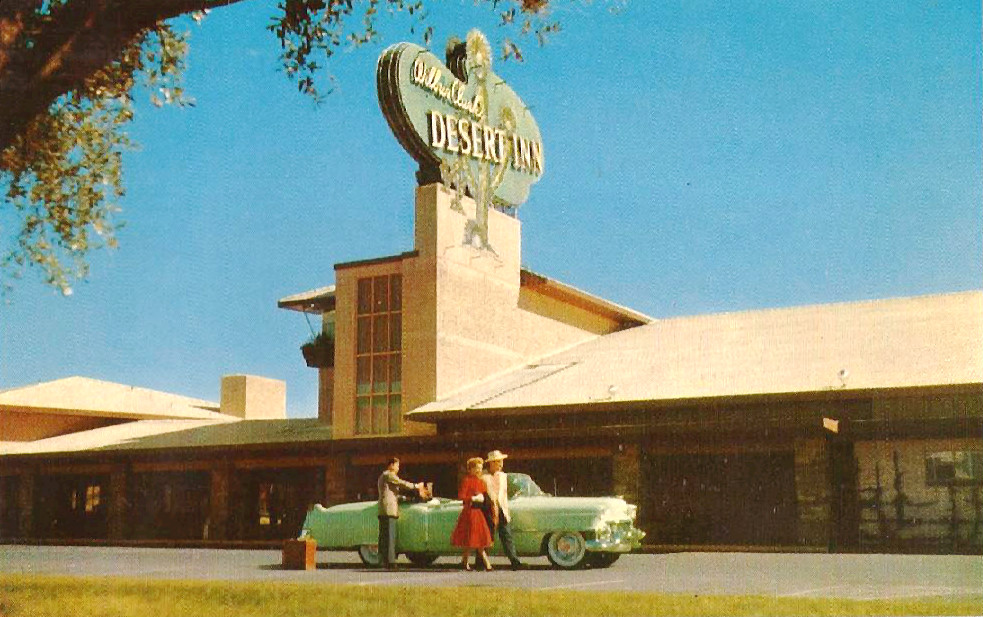 The hotel was situated at 3145 Las Vegas Boulevard South, between Desert Inn Road and Sands Avenue. The original name was ''Wilbur Clark's Desert Inn''. Wilbur Clark, described by Frank Sinatra biographer James Kaplan as a "onetime San Diego bellhop and Reno craps dealer", originally began building the resort with his brother in 1947 with $250,000, but ran out of money. Author Hal Rothman notes that "for nearly two years the framed structure sat in the hot desert sun, looking more like an ancient relic than a nascent casino". Clark approached the Reconstruction Finance Corporation for investment, but it was struggling financially. In 1949, he met with Moe Dalitz, the head of the notorious Cleveland gang, the Mayfield Road Mob, and Dalitz agreed to fund 75% of the project with $1.3 million, and construction resumed. Much of the financing came from the American National Insurance Company (ANICO), though Clark became the public frontman of the resort while Dalitz remained quietly in the background as the principal owner. The resort would eventually be renamed Desert Inn and was called the "D.I." by Las Vegas locals and regular guests. The Desert Inn opened formally on April 24, 1950, at a two-day gala which was heavily publicized nationally. Journalists from all of the major newspapers and magazines were invited, and the hotel paid $5,700 to cover air tickets. 150 invitations were sent out by Clark to VIPs with a credit limit of $10,000. About half the attendees at the opening were from California and Nevada. At the opening show in the Painted Desert Room were performers such as Edgar Bergen and Charlie McCarthy, Vivian Blaine, Pat Patrick, The Donn Arden Dancers, Van Heflin, Abbott and Costello, and the Desert Inn Orchestra, led by Ray Noble. In attendance were a number of mafiosi, including Black Bill Tocco, Joe Massei, Sam Maceo, Peter Licavoli, and Frank Malone in a gala which Barbara Greenspun believed marked the beginning of heavy involvement of the mafia in the development of Las Vegas. Sidney Korshak was one of its early investors. The Desert Inn became known for its "opulence" and top-notch service.