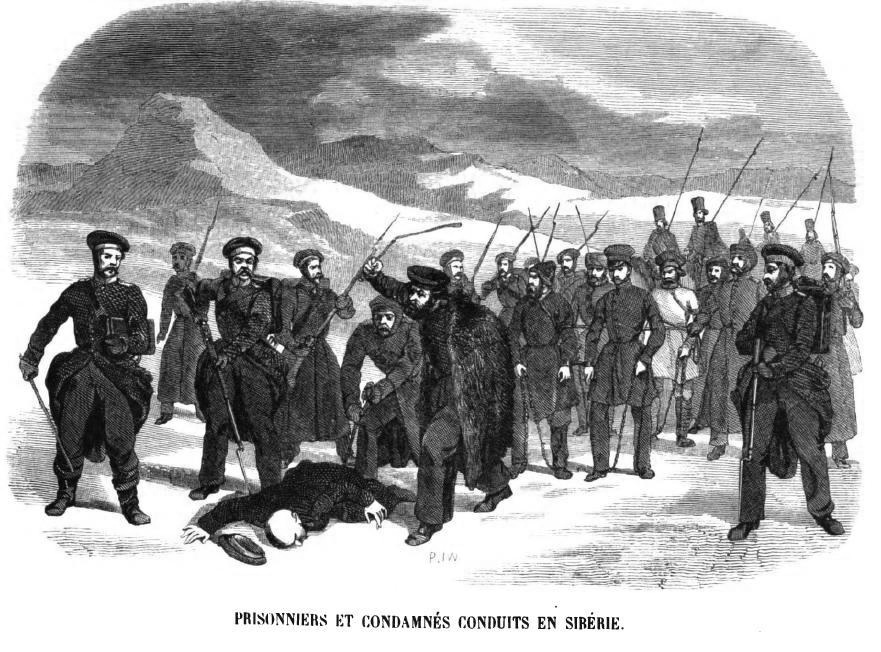 Deportation is the expulsion of a person or group of people from a place or country. The term ''expulsion'' is often used as a synonym for deportation, though expulsion is more often used in the context of international law, while deportation is more used in national (municipal) law. Forced displacement or forced migration of an individual or a group may be caused by deportation, for example ethnic cleansing, and other reasons. A person who has been deported or is under sentence of deportation is called deportee.

"Strictly speaking, transportation, extradition, and deportation, although each has the effect of removing a person from the country, are different things, and have different purposes. Transportation is by way of punishment of one convicted of an offense against the laws of the country. Extradition is the surrender to another country of one accused of an offense against its laws, there to be tried, and, if found guilty, punished. Deportation is the removal of an alien out of the country, simply because his presence is deemed inconsistent with the public welfare and without any punishment being imposed or contemplated either under the laws of the country out of which he is sent or of those of the country to which he is taken."

Expulsion is an act by a public authority to remove a person or persons against his or her will from the territory of that state. A successful expulsion of a person by a country is called a deportation. According to the European Court of Human Rights, collective expulsion is any measure compelling non-nationals, as a group, to leave a country, except where such a measure is taken on the basis of a reasonable and objective examination of the particular case of each individual non-national of the group. Mass expulsion may also occur when members of an ethnic group are sent out of a state regardless of nationality. Collective expulsion, or expulsion en masse, is prohibited by several instruments of international law.

Deportations widely occurred in ancient history, and is well-recorded particularly in ancient Mesopotamia.

Deportation was practiced as a policy toward rebellious people in Achaemenid Empire. The precise legal status of the deportees is unclear; but ill-treatment is not recorded. Instances include:

Unlike in the Achaemenid and Sassanian periods, records of deportation are rare during the Arsacid Parthian period. One notable example was the deportation of the Mards in Charax, near Rhages (Ray) by Phraates I. The 10,000 Roman prisoners of war after the Battle of Carrhae appear to have been deported to Alexandria Margiana (Merv) near the eastern border in 53 BC, who are said to married to local people. It is hypothesized that some of them founded the Chinese city of Li-Jien after becoming soldiers for the Hsiung-nu, but this is doubted. Hyrcanus II, the Jewish king of Judea (Jerusalem), was settled among the Jews of Babylon in Parthia after being taken as captive by the Parthian-Jewish forces in 40 BC. Roman POWs in the Antony's Parthian War may have suffered deportation.

Deportation was widely used by the Sasanians, especially during the wars with the Romans. During Shapur I's reign, the Romans (including Valerian) who were defeated at the Battle of Edessa were deported to Persis. Other destinations were Parthia, Khuzestan, and Asorestan. There were cities which were founded and were populated by Romans prisoners of war, including Shadh-Shapur (Dayr Mikhraq) in Meshan, Bishapur in Persis, Wuzurg-Shapur (Ukbara; Marw-Ḥābūr), and Gundeshapur. Agricultural land were also given to the deportees. These deportations initiated the spread Christianity in the Sassanian empire. In Rēw-Ardashīr (Rishahr; Yarānshahr), Persis, there was a church for the Romans and another one for Carmanians. Their hypothesized decisive role in the spread of Christianity in Persia and their major contribution to Persian economy has been recently criticized by Mosig-Walburg (2010). In the mid-3rd century, Greek-speaking deportees from north-western Syria were settled in Kashkar, Mesopotamia. After the Arab incursion into Persia during Shapur II's reign, he scattered the defeated Arab tribes by deporting them to other regions. Some were deported to Bahrain and Kirman, possibly to both populate these unattractive regions (due to their climate) and bringing the tribes under control. In 395 AD, 18,000 Roman populations of Sophene, Armenia, Mesopotamia, Syria, and Cappadocia were captured and deported by the "Huns". the prisoners were freed by the Persians as they reached Persia, and were settled in Slōk (Wēh Ardashīr) and Kōkbā (Kōkhē). The author of the text ''Liber Calipharum'' has praised the king Yazdegerd I (399–420) for his treatment of the deportees, who also allowed some to return. Major deportations occurred during the Anastasian War, including Kavad I's deportation of the populations of Theodosiopolis and Amida to Arrajan (Weh-az-Amid Kavad). Major deportations occurred during the campaigns of Khosrau I from the Roman cities of Sura, Beroea, Antioch, Apamea, Callinicum, and Batnai in Osrhoene, to Wēh-Antiyōk-Khosrow (also known as Rūmagān; in Arabic: al-Rūmiyya). The city was founded near Ctesiphon especially for them, and Khosrow reportedly "did everything in his power to make the residents want to stay". The number of the deportees is recorded to be 292,000 in another source.

Article 49 of the Fourth Geneva Convention prohibits the deportation of people into or out of occupied territory under belligerent military occupation:

during the aftermath of World War II awaiting deportation, Ellis Island, New York Harbor, 1920 All countries reserve the right to deport persons without right of abode even those who are longtime residents or possess permanent residency. In general, foreigners who have committed serious crimes, entered the country illegally, overstayed or broken the conditions of their visa, or otherwise lost their legal status to remain in the country may be administratively removed or deported. In some cases, even citizens can be deported; some of the countries in the Persian Gulf have deported their own citizens. They have paid the Comoros to give them passports and accept them. In many cases, deportation is done by the government's executive apparatus, and as such is often subject to a simpler legal process (or none), with reduced or no right to trial, legal representation or appeal due to the subject's lack of citizenship. For example, in the 1930s, during the Great Depression, more stringent enforcement of immigration laws were ordered by the executive branch of the U.S. government, which led to the expulsion of up to 2 million Mexican nationals from the United States. In 1954, the executive branch of the U.S. government implemented Operation Wetback, a program created in response to public hysteria about immigration and immigrants from Mexico. Operation Wetback led to the deportation of nearly 1.3 million Mexicans from the United States. Between 2009 and 2016, about 3.2 million people were deported from the United States. Since 1997 U.S. mass deportations of non-citizens particularly convicted felons have risen steadily with the passing into law by the U.S. Congress of the 1996 Illegal Immigration Reform and Responsibility Act (IIRRA) which brought sweeping changes to the threshold for deportation of convicted felons that have been criticized by some as having human rights abuses. Since this time, the former U.S. Immigration and Naturalization Services (INS) has been transformed into Immigration and Customs Enforcement (ICE) and has renamed deportation as "expedited removal". The ICE website publishes removal statistics annually on its website. According to recent numbers ICE removed a total of 240,255 aliens in FY 2016, a two percent increase over FY 2015, but a 24 percent decrease from FY 2014. Already in natural law of the 18th century, philosophers agreed that expulsion of a nation from the territory that it historically inhabits is not allowable. In the late 20th century, the United Nations drafted a code related to crimes against humanity; Article 18 of the ''Draft Code of Crimes Against the Peace and Security of Mankind'' declares "large scale" arbitrary or forcible deportation to be a crime against humanity. Deportation often requires a specific process that must be validated by a court or senior government official. It should not be confused with administrative removal, which is the process of a country denying entry to individuals at a port of entry and expelling them.

Striking miners and others being deported at gunpoint from Lowell, Arizona, on July 12, 1917, during the [[Bisbee Deportation. Deportation can also happen within a state, when (for example) an individual or a group of people is forcibly resettled to a different part of the country. If ethnic groups are affected by this, it may also be referred to as population transfer. The rationale is often that these groups might assist the enemy in war or insurrection. For example, the American state of Georgia deported 400 female mill workers during the Civil War on the suspicion they were Northern sympathizers. In the 18th Century the Tipu Sultan, of Mysore, deported tens of thousands of civilians, from lands he had annexed, to serve as slave labour in other parts of his empire, for example the: Captivity of Mangalorean Catholics at Seringapatam. During World War II, Joseph Stalin (see Population transfer in the Soviet Union) ordered the deportation of Volga Germans, Chechens, Crimean Tatars, Ukrainians and others to areas away from the front, including central and western Soviet Union. Some historians have estimated the number of deaths from the deportation to be as high as 1 in 3 among some populations. On February 26, 2004 the European Parliament characterized deportations of the Chechens as an act of genocide. The Soviet Union also used deportation, as well as instituting the Russian language as the only working language and other such tactics, to achieve Russification of its occupied territories (such as the Baltic nations and Bessarabia). In this way, it removed the historical ethnic populations and repopulated the areas with Russian nationals. The deported people were sent to remote, scarcely populated areas or to GULAG labour camps. It has been estimated that, in their entirety, internal forced migrations affected some 6 million people. Of these, some 1 to 1.5 million perished. After World War II approximately 50,000 Hungarians were deported from South Slovakia by Czechoslovak authorities to the Czech borderlands in order to alter the ethnic composition of the region. Between 110,000 and 120,000 Japanese and Japanese Americans on the West Coast, as well as about 3,000 Italian American and about 11,500 German American families, were forcibly resettled from the coasts to internment camps in interior areas of the United States of America by President Franklin Roosevelt. In the late 19th and early 20th century, deportation of union members and labor leaders was not uncommon in the United States during strikes or labor disputes. For an example, see the Bisbee Deportation.

Deporting individuals to an overseas colony is a special case that is neither completely internal nor external. For example, from 1717 onwards, Great Britain deported around 40,000 British religious objectors and "criminals" to America before the practice ceased in 1776. Jailers sold the "criminals" to shipping contractors, who then sold them to plantation owners. The "criminals" worked for the plantation owner for the duration of their sentence.