in
Hartford Hartford is the List of capitals in the United States, capital city of the U.S. state of Connecticut. It was the seat of Hartford County, Connecticut, Hartford County until Connecticut disbanded county government in 1960. It is the core city i ...
.

The Senate has its basis in the earliest incarnation of the General Assembly, the "General Corte" established in 1636 whose membership was divided between at least six generally elected magistrates (the predecessor of the Senate) and three-member "committees" representing each of the towns of the
Connecticut Colony The Connecticut Colony or Colony of Connecticut, originally known as the Connecticut River Colony or simply the River Colony, was an English colony in New England New England is a region comprising six states in the Northeastern United Stat ...
(the predecessors of the House of Representatives). The
Fundamental Orders of Connecticut The Fundamental Orders were adopted by the Connecticut Colony council on January 14, 1639 O.S. (January 24, 1639 N.S.). The fundamental orders describe the government set up by the Connecticut River towns, setting its structure and powers. They ...
, adopted in 1639, renamed the committees to "deputies", the Corte to the Court, and established that the magistrates were generally elected for yearlong terms; the magistrate who received the highest number of votes would serve as governor for the year, so long as he had previously served as a magistrate and had not been governor the previous year. Other magistrates were elected deputy governor, secretary, and treasurer. Although the magistrates and deputies sat together, they voted separately and in 1645 it was decreed that a measure had to have the approval of both groups in order to pass. The Charter of 1662 replaced the six magistrates with twelve assistants, not including the governor and deputy governor, and renamed the legislature to the General Assembly. In 1698, the General Assembly split into a bicameral body, divided between the Council and the House of Representatives. The Council contained the twelve assistants, deputy governor, and governor, who led the body, while the House was led by a Speaker elected from among its members. Because the governor led it and other notables sat in it, the Council took precedence to the House and when the two chambers were at odds, the House deferred to the Council. The 1818 constitution renamed the Council to the Senate, removed the governor and deputy governor from its membership, and removed all remaining judicial and executive authority from it, but it remained largely the same in that it still consisted of twelve generally elected members. It was in 1828 that senatorial districts were established and the number of senators revised to between eight and twenty-four; the number was altered to between twenty-four and thirty-six in 1901, with the General Assembly setting it at thirty-six immediately. Senatorial terms were raised to two years in 1875. In 1814–15, the
Hartford Convention The Hartford Convention was a series of meetings from December 15, 1814 to January 5, 1815, in Hartford, Connecticut, United States, in which the New England Federalist Party met to discuss their grievances concerning the ongoing War of 1812 and t ...
met in the Connecticut Senate chamber of what is now the Old State House.

The Lieutenant Governor of Connecticut serves as the President of the Senate, but only casts a vote if required to break a tie. In his or her absence, the President Pro Tempore of the Connecticut Senate presides. The President pro tempore is elected by the majority party caucus followed by confirmation of the entire Senate through a Senate Resolution. The President pro tempore is the chief leadership position in the Senate. The Senate
majority A majority, also called a simple majority to distinguish it from similar terms (see the "Related terms" section below), is the greater part, or more than half, of the total.See dictionary definitions of "majority" aMerriam-Webster
and minority leaders are elected by their respective party caucuses. The President of the Senate is
Susan Bysiewicz Susan Bysiewicz ( ; born September 29, 1961) is an American politician who is the 109th lieutenant governor of Connecticut, serving since January 9, 2019. She previously served as the 72nd secretary of the state of Connecticut from 1999 to 2011. ... 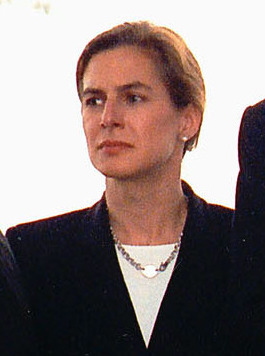 As of February 2019, the makeup of the Connecticut Senate consisted of 22 seats for Democrats and 14 seats for Republicans. In the 2020 elections, Democrats picked up Districts 6 and 17, giving them 24 seats to the Republicans' 12 seats. In a special election on August 17, 2021, Republicans won an open seat in the 36th district that was previously held by a Democrat giving them 13 seats to the Democrats' 23 seats.

Current members of the Connecticut Senate, . :