In the United States Army, Marine Corps, Air Force and Space Force, colonel () is the most senior field grade military officer rank, immediately above the rank of lieutenant colonel and just below the rank of brigadier general. It is equivalent to the naval rank of captain in the other uniformed services. By law, an officer previously required at least 22 years of cumulative service and a minimum of three years as a lieutenant colonel before being promoted to colonel. With the signing of the National Defense Authorization Act of 2019 (NDAA 2019), military services now have the authorization to directly commission new officers up to the rank of colonel. The pay grade for colonel is O-6. When worn alone, the insignia of rank seen at right is worn centered on headgear and fatigue uniforms. When worn in pairs, the insignia is worn on the officer's left side while a mirror-image reverse version is worn on the right side, such that both of the eagles faces forward to the wearer's front.

The United States rank of colonel is a direct successor to the same rank in the British Army. The first colonels in the U.S. were appointed from Colonial militias maintained as reserves to the British Army in the North American colonies. Upon the outbreak of the American Revolutionary War, colonial legislatures would grant commissions to men to raise a regiment and serve as its colonel. Thus, the first U.S. colonels were usually respected men with ties in local communities and active in politics. With the post-war reduction of the U.S. Army, the rank of colonel disappeared, and was not re-introduced until 1802. The first insignia for the rank of colonel consisted of gold epaulettes worn on the blue uniform of the Continental Army. The first recorded use of the eagle insignia was in 1805 as this insignia was made official in uniform regulations by 1810.

upA shoulder strap from an infantry colonel in the Union Army The rank of colonel was relatively rare in the early 19th century, partly because the U.S. Army was very small, and the rank was usually obtained only after long years of service. During the War of 1812 the Army grew rapidly and many colonels were appointed, but most of these colonels were discharged when their regiments were disbanded at the war's conclusion. A number of other colonels were appointed by brevet – an honorary promotion usually for distinguished service in combat. The American Civil War saw a large influx of colonels as the rank was commonly held in both the Confederate army and Union Army by those who commanded a regiment. Since most regiments were state formations and were quickly raised, the colonels in command of the regiments were known by the title "Colonel of Volunteers," in contrast to Regular Army colonels who held permanent commissions. During the Civil War, the Confederate Army maintained a unique insignia for colonel, three stars worn on the collar of a uniform. Robert E. Lee wore this insignia due to his former rank in the United States Army and refused to wear the insignia of a Confederate general, stating that he would only accept permanent promotion when the South had achieved independence. After the Civil War, the rank of colonel again became rare as the forces of the United States Army became extremely small. However, many colonels were appointed in the volunteers during the Spanish–American War, prominent among them Theodore Roosevelt and David Grant Colson. 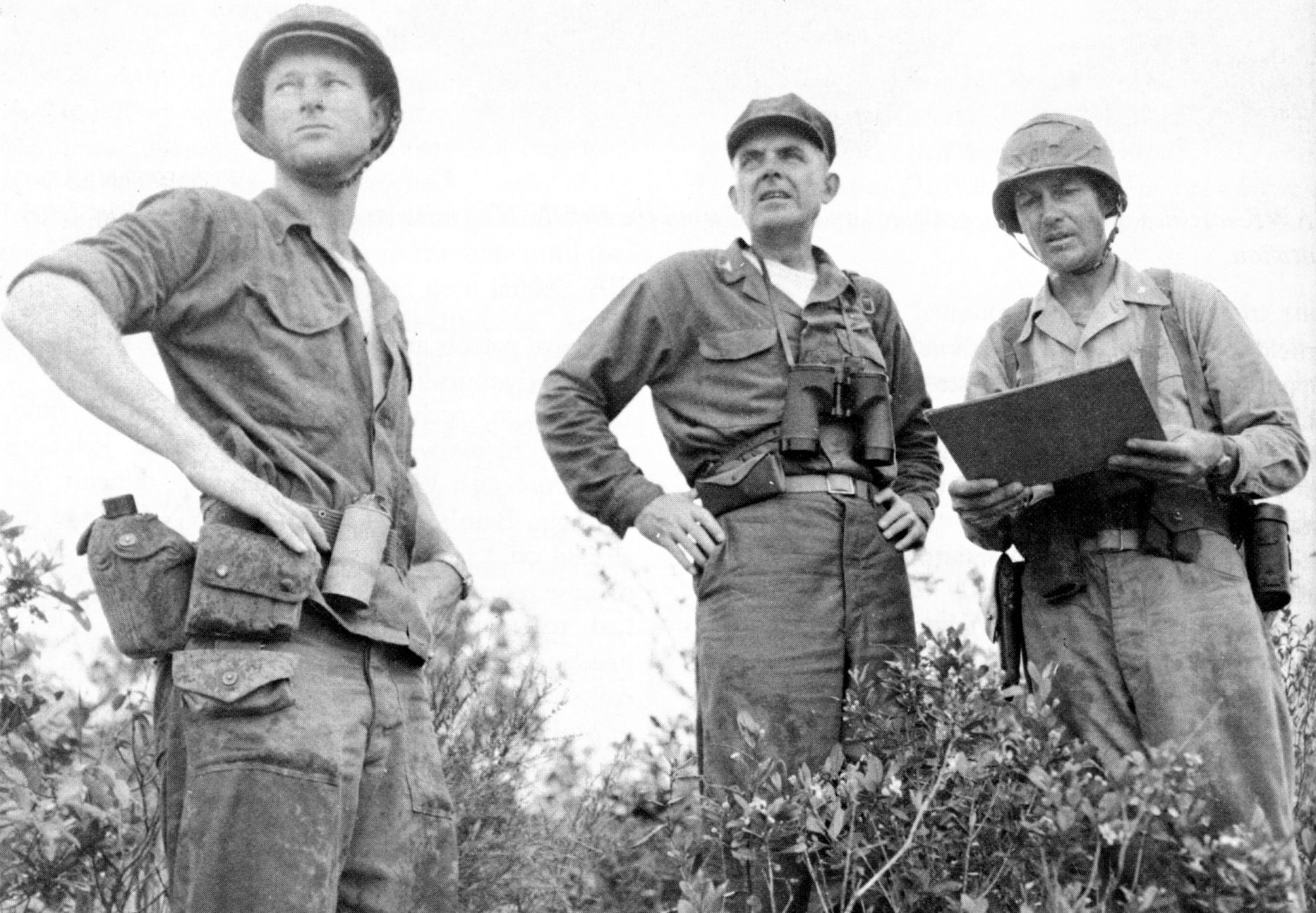 World War I and World War II saw the largest numbers of colonels ever appointed in the U.S. military. This was mostly due to the temporary ranks of the National Army and the Army of the United States, where those who would normally hold the rank of Captain in the peacetime Regular Army were thrust into the rank of colonel during these two wars. The Military Promotion System was revised and standardized for all the services in 1980 as a result of passage of the Defense Officer Personnel Management Act.

Modern U.S. colonels usually command Army infantry, artillery, armor, aviation or other types of brigades, USMC regiments, Marine Expeditionary Units or Marine Aircraft Groups, and USAF groups or wings. An Army colonel typically commands brigade-sized units (4,000 to 6,000 soldiers), with another colonel or a lieutenant colonel as deputy commander, a major as executive officer, and a command sergeant major as a senior non-commissioned officer (NCO) advisor. An Air Force colonel typically commands a wing consisting of 1,000 to 4,000+ airmen with another colonel as the vice commander and a Chief Master Sergeant (a “Command Chief”) as principal senior NCO enlisted adviser. Some USAF colonels are commanders of groups, which are the major components of wings. Colonels are also found as the chief of staff at divisional level-(Army) or Numbered Air Force-level staff agencies. In the modern armed forces, the colonel's eagle is worn facing forward with head and beak pointing towards the wearer's front. Of all U.S. military commissioned officer rank, only the colonel's eagle has a distinct right and left insignia. All other commissioned officer rank insignia can be worn on either the right or left side. Colonels are sometimes referred to (but not addressed as) full colonels, bird colonels, or full bird colonels because lieutenant colonels are also referred to and addressed in correspondence as "colonel." Referring to an "O-6", a colonel's pay grade, also may differentiate colonels and lieutenant colonels, who have a pay grade of "O-5". Almost all Army colonels have attended a war college or a senior staff college equivalent to study joint warfare and war itself. Most Army colonels receive postgraduate level senior joint professional military education (JPME) at the Army War College in Carlisle, Pennsylvania prior to promotion. The 2009 graduating class was 336 including 198 army officers and the rest divided among other military branches, domestic inter-agency representatives and other foreign military leaders. The highest concentration of USAF colonels graduate from the Air War College at Maxwell AFB, Alabama via in-residence at Maxwell AFB. This program will include participation by officers from various other branches. Marine colonels may graduate from the Marine War College or, like all other branches, may receive credit via non-resident attendance at another installation, via correspondence, or will be graduates of an equivalent senior JPME program sponsored by the National Defense University or one of the other U.S. military services.

Some people known as "colonels" are actually recipients of honorary colonel ranks from a state governor and are not officers of the U.S. military. In the 19th century, the honorary colonels were military appointments and they still are nominally appointed to a governor's staff, but without military rights or duties. Famous honorary colonels include Colonel Harland Sanders of KFC fame, a Kentucky colonel; Colonel Tom Parker, Elvis Presley's manager, who received the honor from a Louisiana governor; and Edward M. House, known as Colonel House, a Texas honorary colonel and adviser to President Woodrow Wilson.

; ;Famous U.S. Army colonels * Charlie Beckwith – Founder of 1st Special Forces Operational Detachment-Delta, the Army's elite top-secret special forces detachment. *Deborah L. Birx – American physician and diplomat who served under four Presidential Administrations in various public health roles, including the HIV/AIDS task force and leading the 2020 Coronavirus Task Force. *Anthony G. Brown – Lieutenant Governor of Maryland (2007–2015) and Commander of the 153rd Legal Support Organization in Pennsylvania; formerly the highest-ranking elected official in the U.S. to have served a tour of duty in the Iraq War; Co-Chair of the Obama/Biden Presidential Transition Agency Review Team for the Department of Veterans Affairs. * Joshua Lawrence Chamberlain – Union Army officer and commander of the 20th Maine Volunteer Infantry Regiment at Gettysburg. * David Hackworth – Served in the Korean War and the Vietnam War, an author and military media consultant. Formerly the highest decorated living soldier. * Jack H. Jacobs – Medal of Honor recipient for his actions during the Vietnam War. * Robert E. Lee – Led the raid against John Brown at Harpers Ferry. During the American Civil War he joined the Confederacy and became the General in Chief of the Armies of the Confederate States. *W. Patrick Lang Retired Special Forces officer, Commentator on the Middle East. Intelligence Executive, and Author *Virgil R. Miller – Regimental commander of the 442nd Regimental Combat Team (RCT), a unit which was composed of "Nisei" (second generation Americans of Japanese descent), during World War II. He led the 442nd in its rescue of the Lost Texas Battalion of the 36th Infantry Division, in the forests of the Vosges Mountains in northeastern France. *William Wilson Quinn – Served under Patton during World War II and received two Purple Hearts, a Bronze Star, a Silver Star and became a Knight and Officer of the National Order of the Legion of Honor; he also was the commanding officer of the 17th Infantry during the Korean War. He participated in the Battle of the Bulge, captured Hermann Göring and arrived at Dachau the day after it was liberated. After the war Quinn played a key role in forming the CIA. * Theodore Roosevelt – 1st United States Volunteer Cavalry Regiment, recipient of the Medal of Honor, and 26th President of the United States. * Robert Gould Shaw – Union Army officer and commander of the African American Army Regiment, the 54th Massachusetts. * James L. Stone – Recipient of the highest U.S. military decoration—the Medal of Honor—for his actions in the Korean War. * Blake R Van Leer – United States Army officer, served in both World War I and World War II, awarded the Croix de Guerre and president of Georgia Tech. ;Famous USAF colonels * Edwin Eugene "Buzz" Aldrin – USAF Command Pilot-Astronaut; during the 1969 Apollo 11 mission he became the second person to step on the Moon. * John Boyd – Air Force fighter pilot and military strategist, known for developing EM theory (Energy-Maneuverability theory), espousing the OODA Loop, and as one of the chief architects of Operation Desert Storm. * Alexander Butterfield – U.S. Air Force colonel who became an aide to President Nixon and was later appointed administrator of the Federal Aviation Administration. Cooperated with prosecutors during the Watergate scandal. *Nicole Malachowski – U.S. Air Force colonel who became the first woman pilot of the United States Air Force Thunderbirds. * Martha McSally – United States Air Force Command Pilot in the A-10 Thunderbolt II, first U.S. woman to fly in combat. Later a U.S. congresswoman and U.S. Senator from Arizona. * Gail Seymour "Hal" Halvorsen – Started "Operation Little Vittles" in July 1948 (officially from September 22, 1948, to May 13, 1949) to drop candy to children in Berlin during the Berlin Airlift earning him the nickname "The Candy Bomber". ;Famous USMC colonels * Wesley L. Fox – United States Marine Corps recipient of the Medal of Honor. * John Glenn – Marine Corps aviator, served in the Korean War, astronaut and U.S. Senator. * Ed McMahon – United States Marine Corps aviator and television personality. * Chesty Puller – World War II and Korean War veteran; later promoted up to lieutenant general. * John Lucian Smith – Commander of VMF-223 during Battle of Guadalcanal, flying ace with 19 victories and Medal of Honor recipient ;Famous Continental Army colonels * Henry Knox – As colonel of the Continental Regiment of Artillery in 1776, he brought guns from Fort Ticonderoga to Dorchester Heights, forcing the British out of Boston the next morning. Later, President Washington made him Secretary of War as part of the first Presidential Cabinet in the U.S. He also served in Washington's crossing of the Delaware River for the Battle of Trenton. * William Moultrie – Defended Fort Sullivan (later to be named Fort Moultrie in honor of the colonel) against British attack in 1776; his regiment was later absorbed by the Continental Army, and he was promoted to brigadier general. * Henry Rutgers – philanthropist and namesake of Rutgers University. ;Famous Confederate colonels * Lloyd J. Beall – former army officer who served as Colonel-Commandant of the Confederate States Marine Corps. * John Jackson Dickison – led the Confederate forces which captured , in the only known incident in North American history where a cavalry unit sank an enemy gunboat. * Ambrosio José Gonzales – Cuban revolutionary who advocated for the U.S. annexation of Cuba before serving in the Confederacy. * John S. Mosby – Confederate irregular cavalry leader who was known for his innovation of partisan tactics and unconventional warfare.