Christine Todd Whitman (born September 26, 1946) is an American Republican politician and author who served as the 50th Governor of New Jersey, from 1994 to 2001, and as Administrator of the Environmental Protection Agency in the administration of President George W. Bush from 2001 to 2003. She is the first and only woman to be governor of New Jersey, to date.

Whitman was born Christine Temple Todd in New York City, the daughter of Eleanor Prentice Todd (née Schley) and businessman Webster B. Todd. Her parents were involved in Republican politics, and both the Todds and the Schleys were wealthy and prominent New Jersey political families. Her mother's family were among the first New Yorkers to move to what became Far Hills, New Jersey, which became a popular suburb for wealthy, moderate Republicans. Her maternal grandfather, Reeve Schley, was a member of Wolf's Head Society at Yale and the vice president of Chase Bank. He was also a longtime president of the Russian-American Chamber of Commerce. Christine's father amassed a fortune from working as a building contractor on projects including Rockefeller Center and Radio City Music Hall. Webster used his wealth to donate to Republican politicians, and became an advisor to Dwight D. Eisenhower. Her mother Eleanor served as a Republican national committeewoman and led the New Jersey Federation of Republican Women. Christine grew up on her family's farm, Pontefract, in Oldwick, New Jersey. On the farm, Christine grew up riding horses and fishing. She has three older siblings including her brothers, Webster and Danny. Her parents were politically active, taking Christine to her first political convention in 1956 for the renomination of Dwight D. Eisenhower. Her mother's political activity caused a newspaper to speculate that she could be a viable candidate for governor, although Eleanor never chose to run for office. As a child she attended Far Hills Country Day School before being sent to boarding school at Foxcroft in Virginia. Christine disliked being so far away from home and after a year transferred to the Chapin School in Manhattan, allowing her to return home on the weekends. After graduating from Wheaton College in 1968, earning a bachelor of arts degree in government, she worked for Nelson Rockefeller's presidential campaign.

During the Nixon administration, Whitman worked for the Office of Economic Opportunity under Donald Rumsfeld. She conducted a national outreach tour for the Republican National Committee, was deputy director of the New York State Office in Washington, and worked on aging issues for the Nixon campaign and administration. John's job with Citicorp required the family to move to England for three years. When the family returned to the United States, Christine stayed home with the couple's two children, although she did remain active in Somerset County Republican politics. Whitman was appointed to the board of trustees of Somerset County College (later renamed Raritan Valley Community College). Elected to two terms on the Somerset County Board of Chosen Freeholders, she served as deputy director and director of the board. Among her accomplishments was construction of a new county courthouse. From 1988 to 1990, she served as president of the New Jersey Board of Public Utilities under governor Thomas Kean. In 1990, Whitman ran for the U.S. Senate against incumbent Bill Bradley, losing a close election. She was considered an underdog against the popular Bradley. During her campaign, Whitman criticized the income tax hike proposed by then governor James Florio. Bradley did not take a stance on the issue. In 1993, Whitman helped to found the Committee for Responsible Government, an advocacy group espousing moderate positions in the Republican Party. In 1997, the CRG softened its pro-choice position, and renamed itself as the Republican Leadership Council. 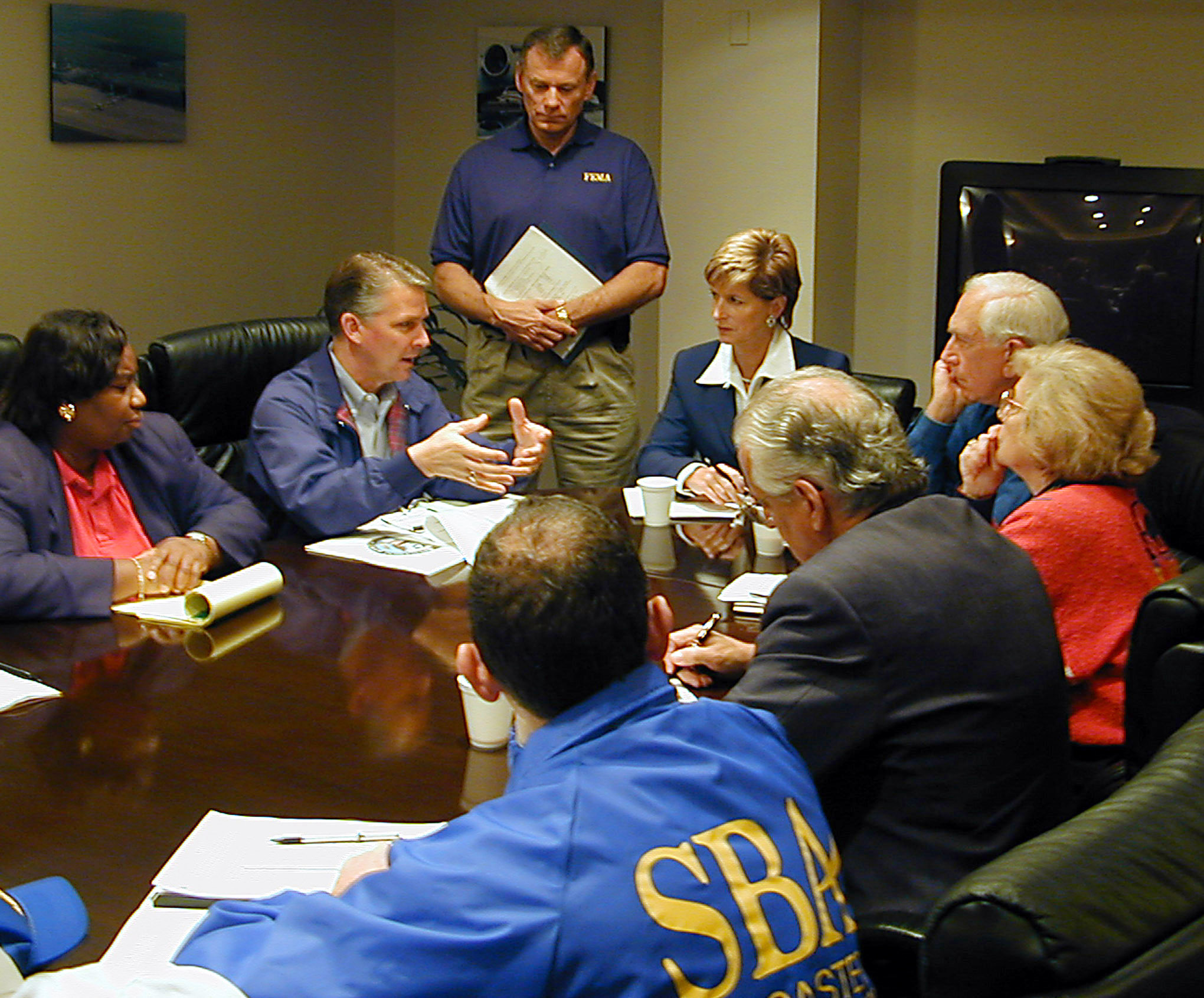 Whitman was appointed by President George W. Bush as Administrator of the United States Environmental Protection Agency, taking office on January 31, 2001. In the final weeks of the Clinton administration in January 2001, the administration ratified a new drinking water standard of 0.01 mg/L (10 parts per billion, or ppb) of arsenic, to take effect in January 2006. The old drinking water standard of 0.05 mg/L (equal to 50 ppb) arsenic had been in effect since 1942, and the EPA, since the late 1980s, had weighed the pros and cons of lowering the maximum contaminant level (MCL) of arsenic. The incoming Bush administration suspended the midnight regulation, but after months of research, the EPA approved the new 10 ppb arsenic standard to take effect in January 2006 as initially planned. In 2001, the EPA produced a report detailing the expected effects of global warming in each state in the country. President Bush dismissed the report as the work of "the bureaucracy." Whitman appeared twice in New York City after the September 11 attacks to inform New Yorkers that the toxins released by the attacks posed no threat to their health. On September 18, the EPA released a report in which Whitman said, "Given the scope of the tragedy from last week, I am glad to reassure the people of New York and Washington, D.C. that their air is safe to breathe and their water is safe to drink." She also said, "The concentrations are such that they don't pose a health hazard...We're going to make sure everybody is safe." A 2003 report by the EPA's Inspector General determined that the assurance was misleading, because the EPA "did not have sufficient data and analyses" to justify it. A report in July 2003 by the EPA Office of Solid Waste and Emergency Response gave extensive documentation supporting many of the inspector general's conclusions. The report further found that the White House had "convinced EPA to add reassuring statements and delete cautionary ones" by having the National Security Council control EPA communications after the September 11 attacks. In December 2007, legal proceedings began on the responsibility of government officials in the aftermath of the September 11, 2001 attacks. Whitman was among the defendants. The plaintiffs alleged that Whitman was at fault for saying that the downtown New York air was safe in the aftermath of the attacks. In April 2008, the United States Court of Appeals for the Second Circuit overruled the district court, holding that as EPA administrator, Whitman could not be held liable for assuring the World Trade Center area residents that the air was safe for breathing after the buildings collapsed. The court ruled that Whitman had based her statement on contradictory information from President Bush. The U.S. Department of Justice had argued that holding the agency liable would establish a risky legal precedent because such holding would make public officials afraid of making public statements. On June 27, 2003, after having several public conflicts with the Bush administration, Whitman resigned. In an interview in 2007, Whitman stated that Vice President Dick Cheney's insistence on easing air pollution controls, not the personal reasons she cited at the time, led to her resignation. At the time, Cheney pushed the EPA to institute a new rule allowing power plants to make major alterations without installing costly new pollution controls.