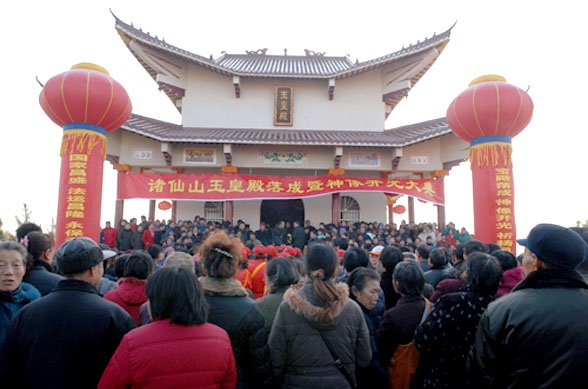 Chinese lineage associations, also kinship or ancestral associations ( or ), are a type of social relationship institutions found in Han Chinese ethnic groups and the fundamental unit of Chinese ancestral religion. They gather people who share the same surname belonging to the same kin, who often have the same geographical origin (ancestral home), and therefore the same patron deities. They aren't seen as distinct from the Chinese kin itself, but rather as its corporate form. These institutions and their corporeal manifestations are also known as lineage churches or kinship churches (宗族堂 ''zōngzú táng''), or, mostly on the scholarly level, as Confucian churches, although this term has principally other different meanings. They provide ''guanxi'' (social network) to members and they build and manage ancestral shrines or temples dedicated to the worship of the progenitors of the kins as their congregational centers, where they perform rites of unity. A lineage is a ''corporation'', in the sense that members feel to belong to the same body, are highly conscious of their group identity, and derive benefits from jointly owned property and shared resources. Benefit derives from the surplus income of ancestral shrines and homes, which is reinvested by the managers or shared out in yearly dividends. Benefit of belonging to a lineage can also be measured in terms of protection and patronage. Ancestral temples also support local schools and engage in charitable work. Different lineages may develop through the opposite processes of fusion and segmentation. They can also be dispersed and fragmented into "multi-lineage areas" or concentrated in one place, or "single-lineage area".