Chinese New Year ( ), Spring Festival or the Lunar New Year, is the festival that celebrates the beginning of a new year on the traditional lunisolar Chinese calendar. In Chinese culture and Asian countries within Sinosphere, the festival is also commonly referred to as Spring Festival () as the spring season in the lunisolar calendar traditionally starts with lichun, the first of the twenty-four solar terms which the festival celebrates around the time of the Lunar New Year. Marking the end of winter and the beginning of the spring season, observances traditionally take place from New Year’s Eve, the evening preceding the first day of the year to the Lantern Festival, held on the 15th day of the year. The first day of Chinese New Year begins on the new moon that appears between 21 January and 20 February. Chinese New Year is one of the most important holidays in China, and has strongly influenced Lunar New Year celebrations such as the Losar of Tibet (), and of China's neighbouring cultures, including the Korean New Year ( ko|설날, ), and the of Vietnam. It is also celebrated worldwide in regions and countries that house significant Overseas Chinese or Sinophone populations, including Taiwan, Singapore, Indonesia, Malaysia, Myanmar, Thailand, Cambodia, the Philippines, Mauritius, and Canada as well as in North America and Europe. The Chinese New Year is associated with several myths and customs. The festival was traditionally a time to honour deities as well as ancestors. Within China, regional customs and traditions concerning the celebration of the New Year vary widely, and the evening preceding the New Year's Day is frequently regarded as an occasion for Chinese families to gather for the annual reunion dinner. It is also traditional for every family to thoroughly clean their house, in order to sweep away any ill-fortune and to make way for incoming good luck. Another custom is the decoration of windows and doors with red paper-cuts and couplets. Popular themes among these paper-cuts and couplets include that of good fortune or happiness, wealth, and longevity. Other activities include lighting firecrackers and giving money in red paper envelopes. 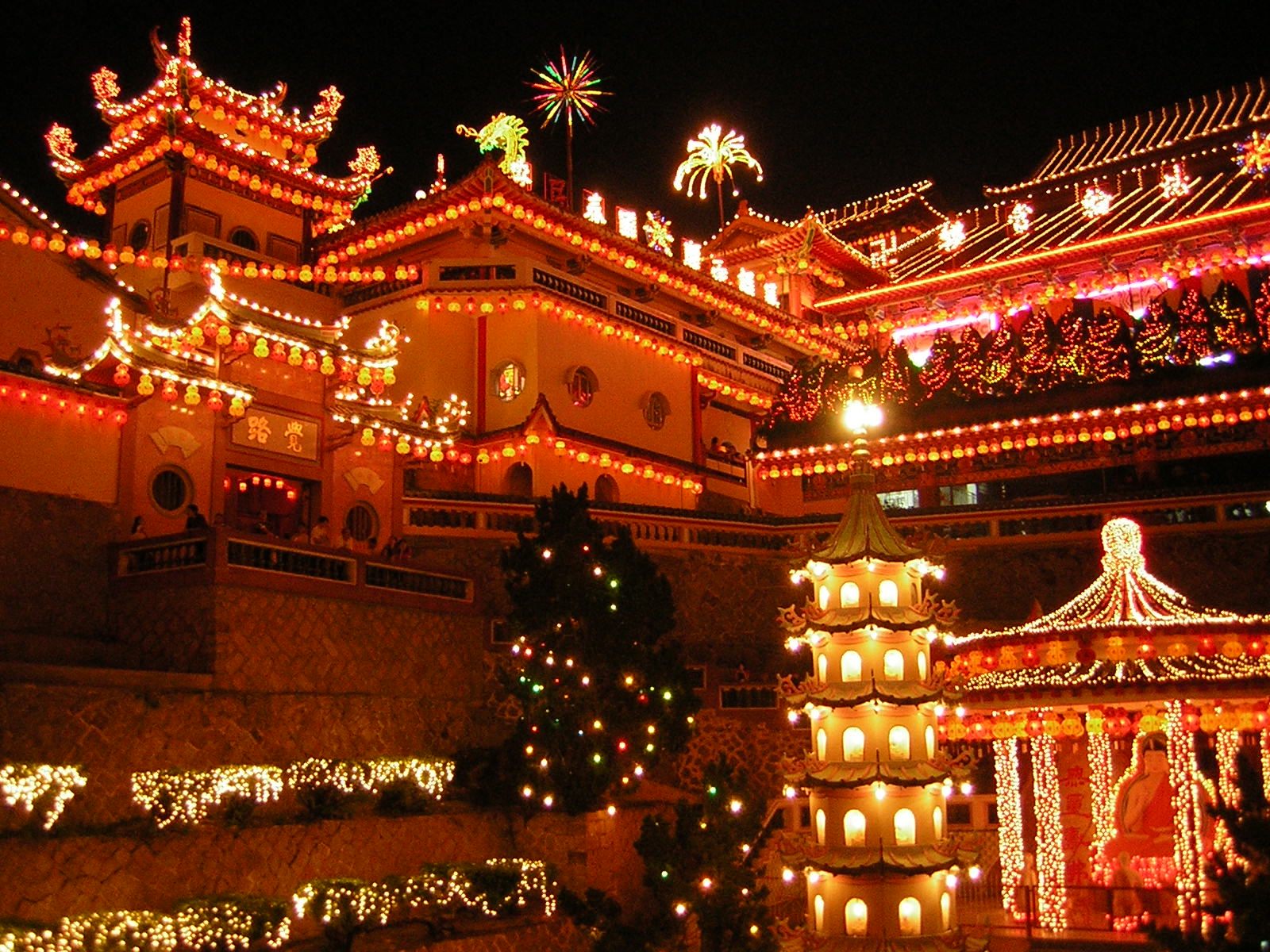 The [[lunisolar calendar|lunisolar Chinese calendar determines the date of Chinese New Year. The calendar is also used in countries that have been influenced by, or have relations with, [[China – such as [[Korea, [[Japan, Taiwan, and Vietnam, though occasionally the date celebrated may differ by one day or even one moon cycle due to using a meridian based on a different capital city in a different time zone or different placements of intercalary months. The Chinese calendar defines the lunar month containing the winter solstice as the eleventh month, which means that Chinese New Year usually falls on the second new moon after the winter solstice (rarely the third if an intercalary month intervenes). In more than 96 percent of the years, Chinese New Year's Day is the closest date to a new moon to ''lichun'' () on 4 or 5 February, and the first new moon after ''dahan'' (). In the Gregorian calendar, the Chinese New Year begins at the new moon that falls between 21 January and 20 February. The Gregorian Calendar dates for Chinese New Year from 1912 to 2101 are below, along with the year's presiding animal zodiac and its Stem-branch. The traditional Chinese calendar follows a Metonic cycle, a system used by the modern Jewish Calendar, and returns to the same date in Gregorian calendar roughly. The names of the Earthly Branches have no English counterparts and are ''not'' the Chinese translations of the animals. Alongside the 12-year cycle of the animal zodiac, there is a 10-year cycle of heavenly stems. Each of the ten heavenly stems is associated with one of the five elements of Chinese astrology, namely: Wood, Fire, Earth, Metal, and Water. The elements are rotated every two years while a yin and yang association alternates every year. The elements are thus distinguished: Yang Wood, Yin Wood, Yang Fire, Yin Fire, etc. These produce a combined cycle that repeats every 60 years. For example, the year of the Yang Fire Rat occurred in 1936 and in 1996, 60 years apart. Also, Chinese New Year dates repeat (or almost repeat) every 19 years. Many people inaccurately calculate their Chinese birth-year by converting it from their Gregorian birth-year. In general, the Chinese zodiac sign changes on ''lichun''''.'' Many online Chinese Sign calculators do not account for the non-alignment of the two calendars, using Gregorian-calendar years rather than official Chinese New Year dates. One scheme of continuously-numbered Chinese calendar years assigns 4709 to the year beginning in 2011, but this is not universally accepted; the calendar is traditionally cyclical, not continuously numbered. Although the Chinese calendar traditionally does not use continuously numbered years, outside China its years are sometimes numbered from the purported reign of the mythical Yellow Emperor in the 3rd millennium BC. But at least three different years numbered 1 are now used by various scholars, making the year beginning in early CE the "Chinese year" , , or . 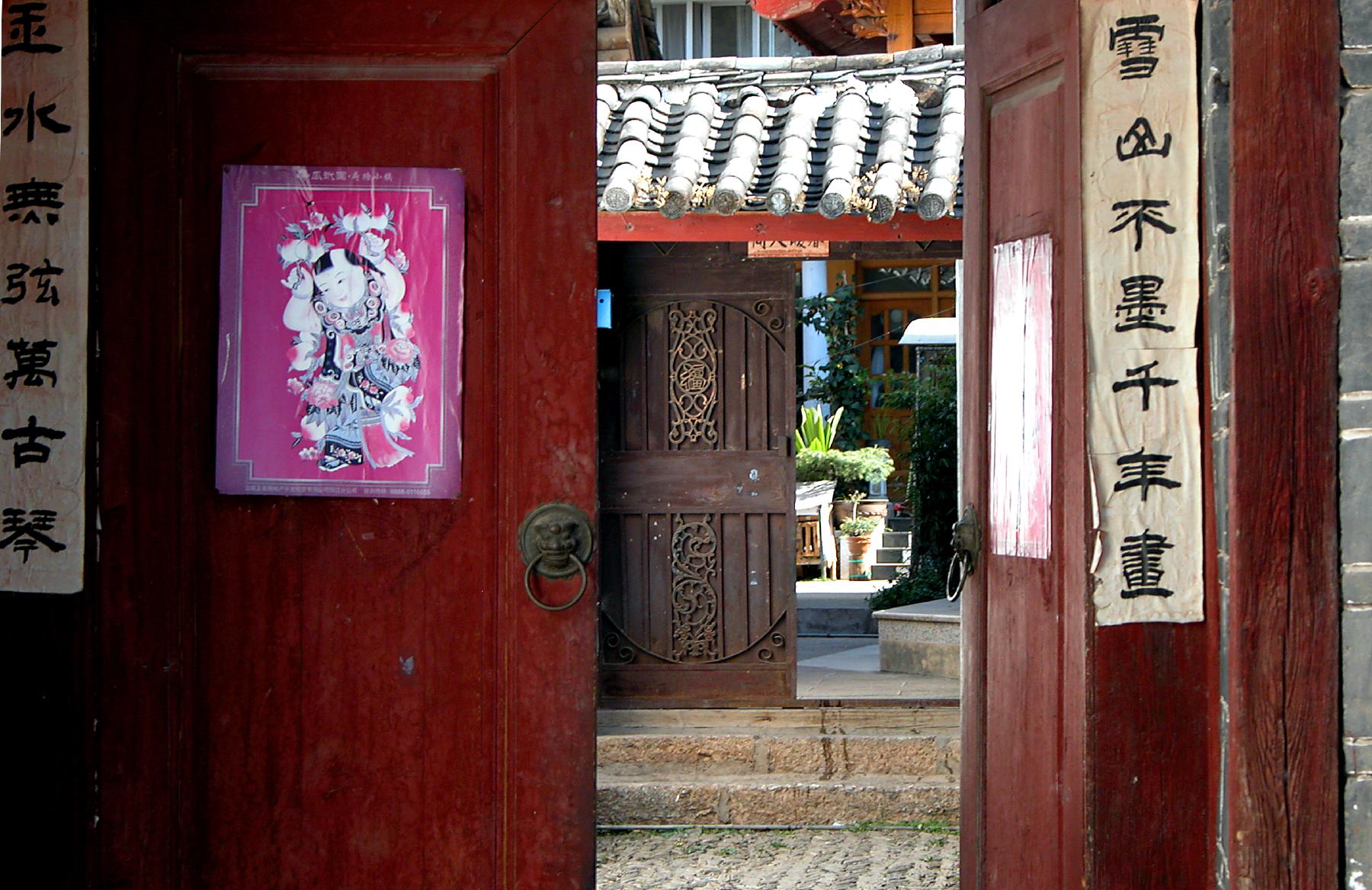 According to tales and legends, the beginning of the Chinese New Year started with a mythical beast called the Nian (a beast that lives under the sea or in the mountains) during the annual Spring Festival. The Nian would eat villagers, especially children in the middle of the night. One year, all the villagers decided to go hide from the beast. An old man appeared before the villagers went into hiding and said that he would stay the night, and would get revenge on the Nian. The old man put red papers up and set off firecrackers. The day after, the villagers came back to their town and saw that nothing had been destroyed. They assumed that the old man was a deity who came to save them. The villagers then understood that Yanhuang had discovered that the Nian was afraid of the color red and loud noises.