Cheshire (), formerly known as New Cheshire Parish, is a town in New Haven County, Connecticut, United States. At the time of the 2010 census, the population of Cheshire was 29,261. The center of population of Connecticut is located in Cheshire.

Cheshire, Connecticut was first settled in 1694 as part of Wallingford, Connecticut. It was then known as ''New Cheshire Parish.'' After many attempts in securing their independence from Wallingford, New Cheshire Parish was granted secession and was later incorporated as a town in May 1780 as ''Cheshire''. The name is a transfer from Cheshire, in England. Prospect, Connecticut was formerly part of Cheshire before 1829, and was then known as ''Columbia Parish.''

Cheshire has a Cold War-era fallout shelter constructed in 1966, located underneath the local AT&T tower.

During a July 23, 2007 home invasion in Cheshire (''see Cheshire, Connecticut, home invasion murders''), a mother and her two daughters were murdered, leaving the father of the family as the sole survivor. The murder and the aftermath was featured in a segment that aired on the NBC-TV news magazine show ''Dateline NBC'' on October 5, 2010.

According to the United States Census Bureau, the town has a total area of , of which is land and , or 0.89%, is water. Cheshire is situated in the midst of several major cities of Connecticut. It lies north of New Haven, south of the capital Hartford, northeast of Bridgeport, and Waterbury is adjacent to Cheshire. Cheshire shares borders with Southington on the north and northeast, Meriden on the northeast, Wallingford on the east, Hamden on the south, Bethany for a short distance on the southwest, Prospect on the west, Waterbury on the northwest, and Wolcott on the northwest

Cheshire's voters have split tickets frequently in recent statewide elections. In 2004, President Bush won a narrow plurality over John Kerry. Bush had lost the town in his 2000 bid. In 2006 Cheshire voters gave strong support to Republican Governor M. Jodi Rell, independent U.S. Senate candidate Joe Lieberman and local Democratic House candidate Chris Murphy, who defeated incumbent Nancy Johnson. In the 2008 presidential election, the town's voters supported Democrat Barack Obama with 8,177 votes over Republican John McCain with 6,839 votes. Voting tallies for the 2016 presidential election are as follows: Hillary Clinton (D) 7,572, Donald Trump (R) 7,105, Gary Johnson (L) 538, and Jill Stein (G) 189. Cheshire voted for Republican majorities to its Board of Selectmen every election from 1915 to 1971, and then to its Town Council every year from 1973 to 2001, when voters elected a Democratic majority (6-3) for the first time. In 2003, a Republican majority (5-4) was elected. A Democratic majority (5-4) was elected in 2005, then reelected (5-4) in 2007. In the 2009 local elections, Cheshire voters ousted the Democratic majority on the Town Council and elected 8 Republicans and 1 Democrat, though due to local minority representation rules, only 7 Republicans were seated.

The Barker Character, Comic and Cartoon Museum, located in the northern section of Cheshire, holds a large collection of memorabilia, novelties and ephemera such as lunch boxes and Pez dispensers bearing the likenesses of characters from television, cartoons and comics. 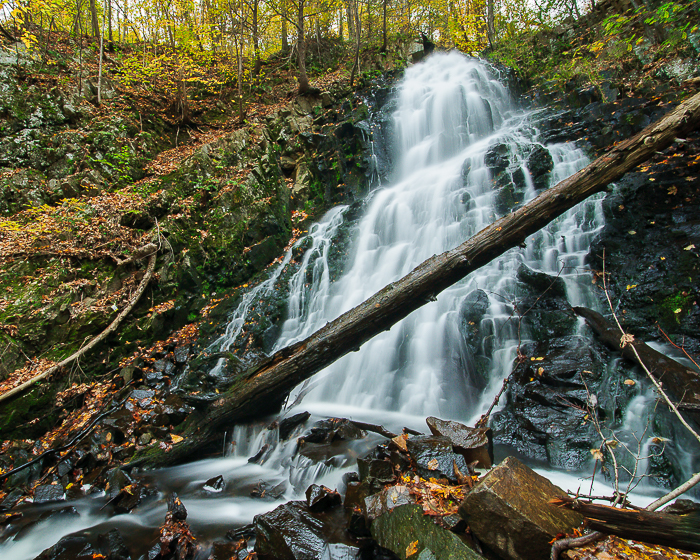 The Farmington Canal Heritage Trail, a popular non-motorized recreational trail, runs through Cheshire along its route between Suffield, Connecticut to the north and New Haven, Connecticut to the south. The Hitchcock-Phillips House, a historic home, is located in town. Roaring Brook Falls along the Quinnipiac Trail in the southwest corner of town is Connecticut's tallest single drop waterfall, and is owned by the Cheshire Land Trust. Community parks and recreational facilities in town include: *Cheshire Park, a 75-acre park geared towards active recreation *Bartlem Recreational Area, a park with a playscape, skate park and picnic area. *Mixville Recreation Area, offering swimming and fishing at Mixville Pond *Cheshire Community Pool, a swimming facility which was renovated in 2016 to offer a year-round, indoor pool.

Cheshire, a part of Cheshire Public Schools, is home to one public high school, Cheshire High School, and one public middle school, Dodd Middle School. There are four public elementary schools: Chapman, Doolittle, Highland, and Norton Elementary. There are also several private and alternative schools in the town, including Cheshire Academy (originally the Episcopal Academy of Connecticut), which was founded in Cheshire in 1794 and currently educates students in the Upper School (grades 9-12/Post-Graduate Year). St. Bridgets is a Catholic school in Cheshire for grades preschool to 8th grade. Humiston is an alternative high school in Cheshire. The Legion of Christ, a Roman Catholic congregation, runs their novitiate and college of humanities on a complex on Oak Avenue. About 100 seminarians undergo two to four years of training for the priesthood there, including religious formation and classical humanities.

Transportation within Cheshire is largely by car. Interstate 691 skirts the northern edge of the town. Interstate 84 passes through the northwest part of the town. The main north–south artery is Connecticut Route 10, a difficult passage that is busy, sometimes congested, and includes many stoplights. There are two east–west routes: Route 42 and Route 68/Route 70. Route 10 is by far the busiest road in Cheshire, with the worst Route 10 traffic occurring between Routes 68/70 and Route 42 every weekday during the morning commute, evening commute, and after the high school gets out at 2 pm. West Main Street and Main Street, Route 68/70 between Route 10 and Waterbury Road, is the next busiest road in town. The intersection of Route 10 and Route 68/70 is the busiest intersection in town. The second busiest intersection is the Cheshire High School and Route 10 intersection right before school starts and right after school ends. The 229 line of Connecticut Transit New Haven which runs from Waterbury to New Haven travels through Cheshire on Routes 70 and 10. A commuter express bus also runs from the commuter lot near Interstate 84 to Hartford.

Cheshire is home to two large state prison facilities located in the northern section of town. The larger of these facilities is the Cheshire Correctional Institution, which opened in 1913. In 1982, the Manson Youth Institution opened adjacent to the CCI. These prisons explain the city's skewed male/female ratios. The larger of these prisons is located across the street from Chapman Elementary School, separated by Route 10.