Charles-Louis de Secondat, Baron de La Brède et de Montesquieu (; ; 18 January 1689 – 10 February 1755), generally referred to as simply Montesquieu, was a French judge, man of letters, and political philosopher. He is the principal source of the theory of separation of powers, which is implemented in many constitutions throughout the world. He is also known for doing more than any other author to secure the place of the word "despotism" in the political lexicon. His anonymously-published ''The Spirit of Law'' in 1748, which was received well in both Great Britain and the American colonies, influenced the Founding Fathers in drafting the United States Constitution. 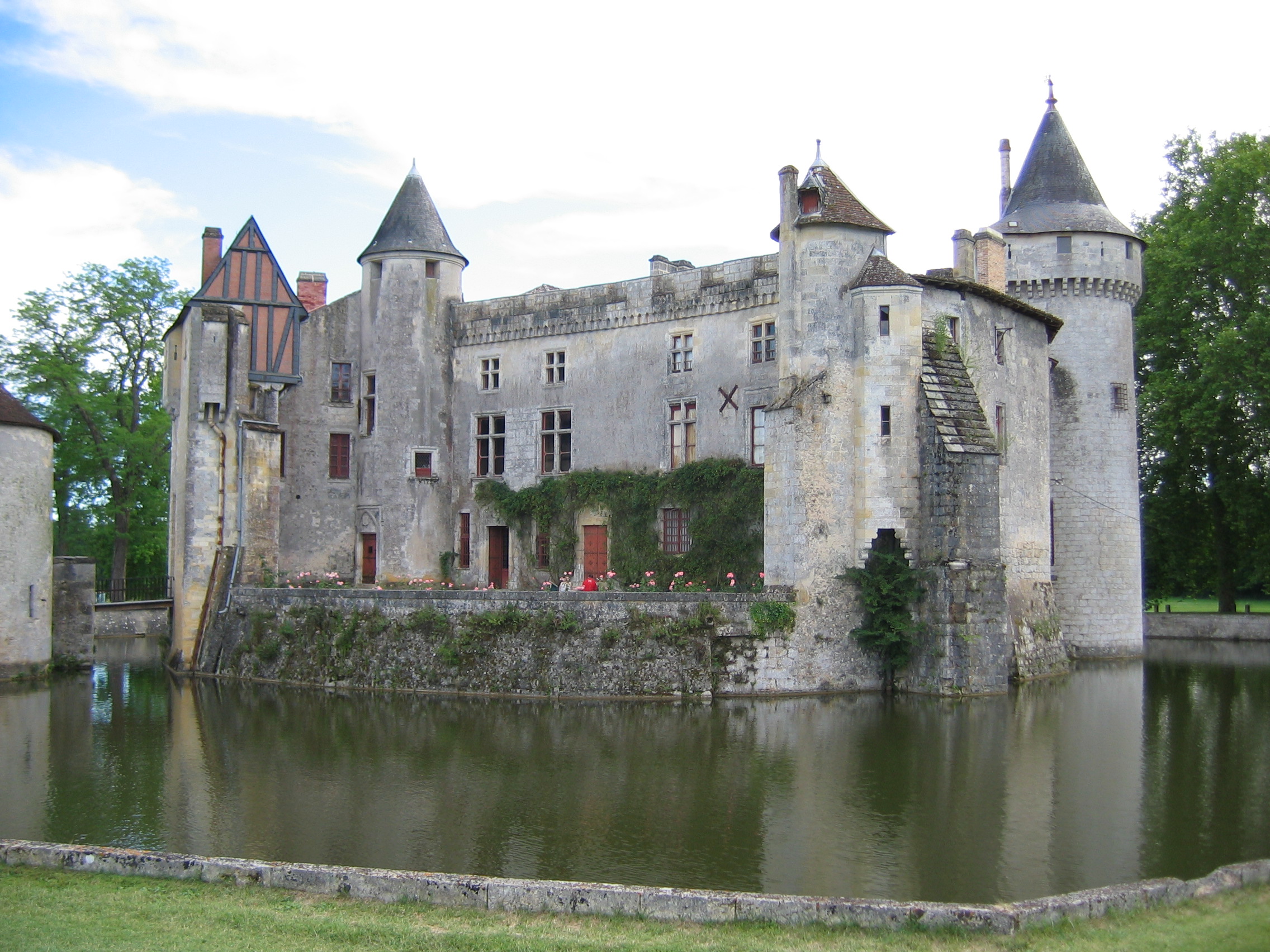 Montesquieu was born at the Château de la Brède in southwest France, south of Bordeaux. His father, Jacques de Secondat (1654-1713), was a soldier with a long noble ancestry. His mother, Marie Françoise de Pesnel (1665-1696), who died when Charles was seven, was an heiress who brought the title of Barony of La Brède to the Secondat family. After the death of his mother he was sent to the Catholic College of Juilly, a prominent school for the children of French nobility, where he remained from 1700 to 1711. His father died in 1713 and he became a ward of his uncle, the Baron de Montesquieu. He became a counselor of the Bordeaux Parliament in 1714. The next year, he married the Protestant Jeanne de Lartigue, who eventually bore him three children. The Baron died in 1716, leaving him his fortune as well as his title, and the office of président à mortier in the Bordeaux Parliament. Montesquieu's early life occurred at a time of significant governmental change. England had declared itself a constitutional monarchy in the wake of its Glorious Revolution (1688–89), and had joined with Scotland in the Union of 1707 to form the Kingdom of Great Britain. In France, the long-reigning Louis XIV died in 1715 and was succeeded by the five-year-old Louis XV. These national transformations had a great impact on Montesquieu; he would refer to them repeatedly in his work. Montesquieu withdrew from the practice of law to devote himself to study and writing. He achieved literary success with the publication of his 1721 ''Persian Letters'', a satire representing society as seen through the eyes of two imaginary Persian visitors to Paris and Europe, cleverly criticizing the absurdities of contemporary French society. Montesquieu embarked on a grand tour of Europe, especially Italy and England, during which he kept a journal. His reflections on geography, laws and customs during his travels became the primary sources for his major works on political philosophy upon his return to France. He next published ''Considerations on the Causes of the Greatness of the Romans and their Decline'' (1734), among his three best known books. It is considered by some scholars as a transition from ''The Persian Letters'' to his master work L'Esprit des lois, which was originally published anonymously in 1748 and translated in 1750 by Thomas Nugent as ''The Spirit of Laws''. It quickly rose to influence political thought profoundly in Europe and America. In France, the book met with an unfriendly reception from both supporters and opponents of the regime. The Catholic Church banned ''The Spirit'' – along with many of Montesquieu's other works – in 1751 and included it on the Index of Prohibited Books. It received the highest praise from the rest of Europe, especially Britain.

Montesquieu was also highly regarded in the British colonies in North America as a champion of liberty (though not of American independence). According to one political scientist, he was the most frequently quoted authority on government and politics in colonial pre-revolutionary British America, cited more by the American founders than any source except for the Bible. Following the American Revolution, Montesquieu's work remained a powerful influence on many of the American founders, most notably James Madison of Virginia, the "Father of the Constitution". Montesquieu's philosophy that "government should be set up so that no man need be afraid of another" reminded Madison and others that a free and stable foundation for their new national government required a clearly defined and balanced separation of powers. Besides composing additional works on society and politics, Montesquieu traveled through Europe including Austria and Hungary, spending a year in Italy and 18 months in England, where he became a freemason, admitted to the ''Horn Tavern'' Lodge in Westminster, before resettling in France. He was troubled by poor eyesight, and was completely blind by the time he died from a high fever in 1755. He was buried in the Église Saint-Sulpice, Paris.

Montesquieu's philosophy of history minimized the role of individual persons and events. He expounded the view in ''Considérations sur les causes de la grandeur des Romains et de leur décadence'' that each historical event was driven by a principal movement: In discussing the transition from the Republic to the Empire, he suggested that if Caesar and Pompey had not worked to usurp the government of the Republic, other men would have risen in their place. The cause was not the ambition of Caesar or Pompey, but the ambition of man.

Montesquieu is credited as being among the progenitors, which include Herodotus and Tacitus, of anthropology – as being among the first to extend comparative methods of classification to the political forms in human societies. Indeed, the French political anthropologist Georges Balandier considered Montesquieu to be "the initiator of a scientific enterprise that for a time performed the role of cultural and social anthropology". According to social anthropologist D. F. Pocock, Montesquieu's ''The Spirit of Law'' was "the first consistent attempt to survey the varieties of human society, to classify and compare them and, within society, to study the inter-functioning of institutions." Montesquieu's political anthropology gave rise to his theories on government. When Catherine the Great wrote her ''Nakaz'' (Instruction) for the Legislative Assembly she had created to clarify the existing Russian law code, she avowed borrowing heavily from Montesquieu's ''Spirit of Law'', although she discarded or altered portions that did not support Russia's absolutist bureaucratic monarchy. Montesquieu's most influential work divided French society into three classes (or ''trias politica'', a term he coined): the monarchy, the aristocracy, and the commons. Montesquieu saw two types of governmental power existing: the sovereign and the administrative. The administrative powers were the executive, the legislative, and the judicial. These should be separate from and dependent upon each other so that the influence of any one power would not be able to exceed that of the other two, either singly or in combination. This was a radical idea because it completely eliminated the three Estates structure of the French Monarchy: the clergy, the aristocracy, and the people at large represented by the Estates-General, thereby erasing the last vestige of a feudalistic structure. The theory of the separation of powers largely derives from ''The Spirit of Law'': Montesquieu argues that each Power should only exercise its own functions, it was quite explicit here: If the legislative branch appoints the executive and judicial powers, as Montesquieu indicated, there will be no separation or division of its powers, since the power to appoint carries with it the power to revoke. Likewise, there were three main forms of government, each supported by a social "principle": monarchies (free governments headed by a hereditary figure, e.g. king, queen, emperor), which rely on the principle of honor; republics (free governments headed by popularly elected leaders), which rely on the principle of virtue; and despotisms (enslaved governments headed by dictators), which rely on fear. The free governments are dependent on fragile constitutional arrangements. Montesquieu devotes four chapters of ''The Spirit of the Laws'' to a discussion of England, a contemporary free government, where liberty was sustained by a balance of powers. Montesquieu worried that in France the intermediate powers (i.e., the nobility) which moderated the power of the prince were being eroded. These ideas of the control of power were often used in the thinking of Maximilien Robespierre. Montesquieu advocated reform of slavery in ''The Spirit of Law,'' specifically arguing that slavery was inherently wrong because all humans are born equal, but that it could perhaps be justified within the context of climates with intense heat, wherein laborers would feel less inclined to work voluntarily. As part of his advocacy he presented a satirica
hypothetical list of arguments for slavery
In the hypothetical list, he'd ironically list pro-slavery arguments without further comment, including an argument stating that sugar would become too expensive without the free labor of slaves. While addressing French readers of his ''General Theory'', John Maynard Keynes described Montesquieu as "the real French equivalent of Adam Smith, the greatest of your economists, head and shoulders above the physiocrats in penetration, clear-headedness and good sense (which are the qualities an economist should have)."

Another example of Montesquieu's anthropological thinking, outlined in ''The Spirit of Law'' and hinted at in ''Persian Letters'', is his meteorological climate theory, which holds that climate may substantially influence the nature of man and his society. By placing an emphasis on environmental influences as a material condition of life, Montesquieu prefigured modern anthropology's concern with the impact of material conditions, such as available energy sources, organized production systems, and technologies, on the growth of complex socio-cultural systems. He goes so far as to assert that certain climates are superior to others, the temperate climate of France being ideal. His view is that people living in very warm countries are "too hot-tempered", while those in northern countries are "icy" or "stiff". The climate of middle Europe is therefore optimal. On this point, Montesquieu may well have been influenced by a similar pronouncement in ''The Histories'' of Herodotus, where he makes a distinction between the "ideal" temperate climate of Greece as opposed to the overly cold climate of Scythia and the overly warm climate of Egypt. This was a common belief at the time, and can also be found within the medical writings of Herodotus' times, including the "On Airs, Waters, Places" of the Hippocratic corpus. One can find a similar statement in ''Germania'' by Tacitus, one of Montesquieu's favorite authors. Philip M. Parker in his book ''Physioeconomics'' endorses Montesquieu's theory and argues that much of the economic variation between countries is explained by the physiological effect of different climates. From a sociological perspective Louis Althusser, in his analysis of Montesquieu's revolution in method, alluded to the seminal character of anthropology's inclusion of material factors, such as climate, in the explanation of social dynamics and political forms. Examples of certain climatic and geographical factors giving rise to increasingly complex social systems include those that were conducive to the rise of agriculture and the domestication of wild plants and animals.

* ''A Montesquieu Dictionary'', on line: