Charles Evans Hughes Sr. (April 11, 1862 – August 27, 1948) was an American statesman and politician who served as the 11th Chief Justice of the United States from 1930 to 1941. A member of the Republican Party, he was also the 36th Governor of New York, the Republican nominee in the 1916 presidential election, and the 44th United States Secretary of State. Born to a Welsh immigrant preacher and his wife in Glens Falls, New York, Hughes graduated from Brown University and Columbia Law School and practiced law in New York City. After working in private practice for several years, in 1905 he led successful state investigations into public utilities and the life insurance industry. He won election as the Governor of New York in 1906, and implemented several progressive reforms. In 1910, President William Howard Taft appointed Hughes as an Associate Justice of the Supreme Court of the United States. During his tenure on the Supreme Court, Hughes often joined Associate Justice Oliver Wendell Holmes Jr. in voting to uphold state and federal regulations. Hughes served as an Associate Justice until 1916, when he resigned from the bench to accept the Republican presidential nomination. Though Hughes was widely viewed as the favorite in the race against incumbent Democratic President Woodrow Wilson, Wilson won a narrow victory. After Warren G. Harding won the 1920 presidential election, Hughes accepted Harding's invitation to serve as Secretary of State. Serving under Harding and Calvin Coolidge, he negotiated the Washington Naval Treaty, which was designed to prevent a naval arms race among the United States, the United Kingdom, and Japan. Hughes left office in 1925 and returned to private practice, becoming one of the most prominent attorneys in the country. In 1930, President Herbert Hoover appointed him to succeed Chief Justice Taft. Along with Associate Justice Owen Roberts, Hughes emerged as a key swing vote on the bench, positioned between the liberal Three Musketeers and the conservative Four Horsemen. The Hughes Court struck down several New Deal programs in the early and the mid-1930s, but 1937 marked a turning point for the Supreme Court and the New Deal as Hughes and Roberts joined with the Three Musketeers to uphold the Wagner Act and a state minimum wage law. That same year saw the defeat of the Judicial Procedures Reform Bill of 1937, which would have expanded the size of the Supreme Court. Hughes served until 1941, when he retired and was succeeded by Associate Justice Harlan F. Stone.

Hughes's father, David Charles Hughes, immigrated to the United States from Wales in 1855 after he was inspired by ''The Autobiography of Benjamin Franklin''. David became a Baptist preacher in Glens Falls, New York, and married Mary Catherine Connelly, whose family had been in the United States for several generations. Charles Evans Hughes, the only child of David and Mary, was born in Glens Falls on April 11, 1862. The Hughes family moved to Oswego, New York, in 1866, but relocated soon after to Newark, New Jersey, and then to Brooklyn. With the exception of a brief period of attendance at Newark High School, Hughes received no formal education until 1874, instead being educated by his parents. In September 1874, he enrolled in New York City's prestigious Public School 35, graduating the following year. At the age of 14, Hughes attended Madison University (now Colgate University) for two years before transferring to Brown University. He graduated from Brown third in his class at the age of 19, having been elected to Phi Beta Kappa in his junior year. He was also a member of the Delta Upsilon fraternity, where he would serve as the first international President later on. During his time at Brown, Hughes volunteered for the successful presidential campaign of Republican nominee James A. Garfield, a brother of his in Delta Upsilon, and served as the editor of the college newspaper. After graduating from Brown, Hughes spent a year working as a teacher in Delhi, New York. He next enrolled in Columbia Law School, where he graduated first in his class in 1884. That same year, he passed the New York bar exam with the highest score ever awarded by the state. In 1888, Hughes married Antoinette Carter, the daughter of the senior partner of the law firm where he worked. Their first child, Charles Evans Hughes Jr., was born the following year, and Hughes purchased a house in Manhattan's Upper West Side neighborhood. Hughes and his wife would have one son and three daughters. Their youngest child, Elizabeth Hughes, was one of the first humans injected with insulin, and later served as president of the Supreme Court Historical Society. 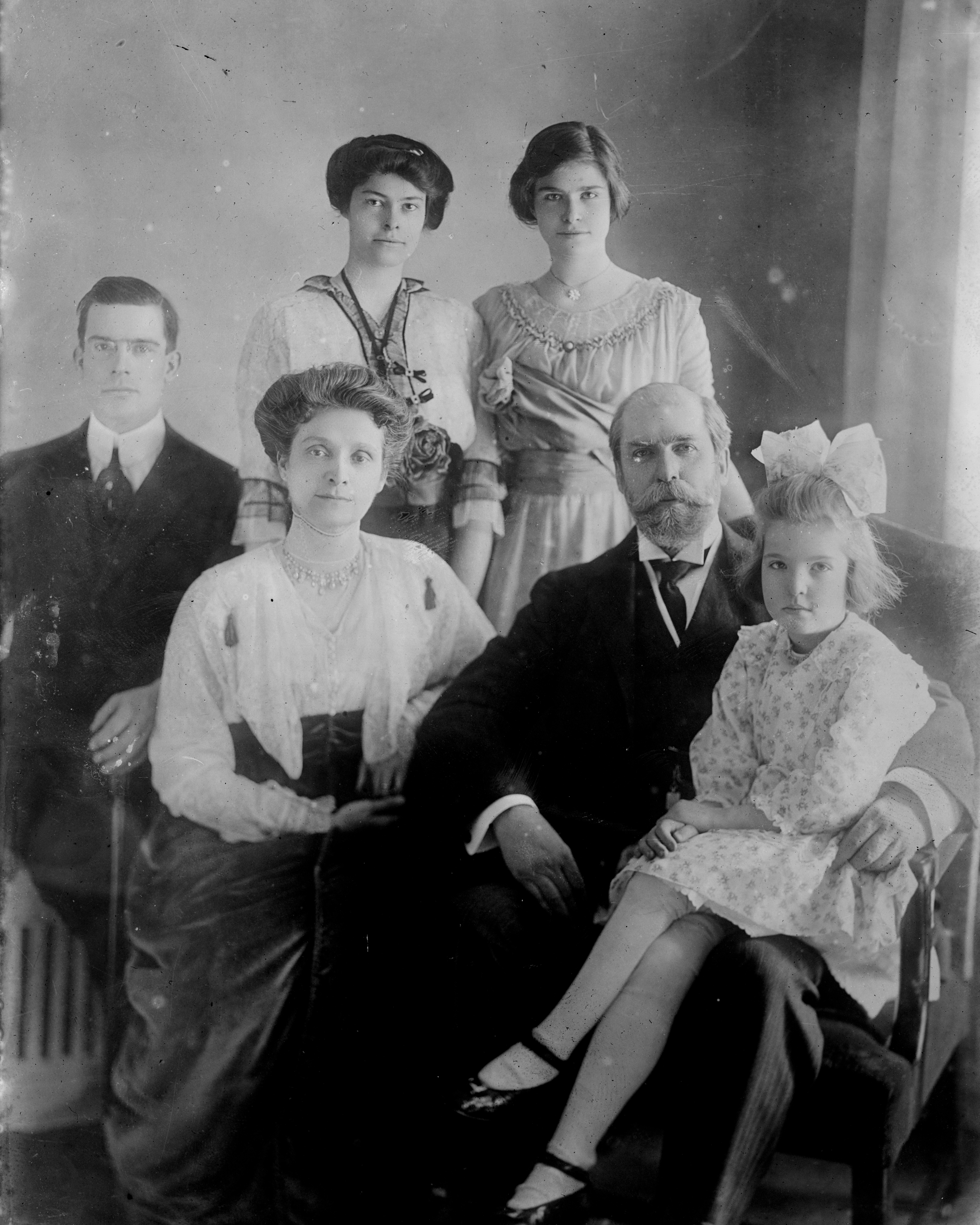 Hughes took a position with the Wall Street law firm of Chamberlain, Carter & Hornblower in 1883, focusing primarily on matters related to contracts and bankruptcies. He was made a partner in the firm in 1888, and the firm changed its name to Carter, Hughes & Cravath (it later became known as Hughes Hubbard & Reed). Hughes left the firm and became a professor at Cornell Law School from 1891 to 1893. He returned to Carter, Hughes & Cravath in 1893. He also joined the board of Brown University and served on a special committee that recommended revisions to New York's Code of Civil Procedure. Responding to newspaper stories run by the ''New York World'', Governor Frank W. Higgins appointed a legislative committee to investigate the state's public utilities in 1905. On the recommendation of a former state judge who had been impressed by Hughes's performance in court, the legislative committee appointed Hughes to lead the investigation. Hughes was reluctant to take on the powerful utility companies, but Senator Frederick C. Stevens, the leader of the committee, convinced Hughes to accept the position. Hughes decided to center his investigation on Consolidated Gas, which controlled the production and sale of gas in New York City. Though few expected the committee to have any impact on public corruption, Hughes was able to show that Consolidated Gas had engaged in a pattern of tax evasion and fraudulent bookkeeping. To eliminate or mitigate those abuses, Hughes drafted and convinced the state legislature to pass bills that established a commission to regulate public utilities and lowered gas prices. Hughes's success made him a popular public figure in New York, and he was appointed counsel to the Armstrong Insurance Commission, which investigated the major life insurance companies headquartered in New York. His examination of the insurance industry uncovered payments made to journalists and lobbyists as well as payments and other forms of compensation directed to legislators serving throughout the country. His investigation also showed that many top insurance executives had various conflicts of interest and had received huge raises at the same time that dividends to policyholders had fallen. Seeking to remove Hughes from the investigation, Republican leaders nominated him as the party's candidate for Mayor of New York City, but Hughes refused the nomination. His efforts ultimately resulted in the resignation or firing of the most of top-ranking officials in the three major life insurance companies in the United States. Following the investigation, Hughes convinced the state legislature to bar insurance companies from owning corporate stock, underwriting securities, or engaging in other banking practices.

Seeking a strong candidate to defeat newspaper mogul William Randolph Hearst in the 1906 New York gubernatorial election, President Theodore Roosevelt convinced New York Republican leaders to nominate Hughes for governor. Roosevelt described Hughes as "a sane and sincere reformer, who really has fought against the very evils which Hearst denounces,... ut isfree from any taint of demagogy." In his campaign for governor, Hughes attacked the corruption of specific companies but defended corporations as a necessary part of the economy. He also called for an eight-hour workday on public works projects and favored prohibitions on child labor. Hughes was not a charismatic speaker, but he campaigned vigorously throughout the state and won the endorsements of most newspapers. Ultimately, Hughes defeated Hearst in a close election, taking 52 percent of the vote. Hughes's governorship focused largely on reforming the government and addressing political corruption. He expanded the number of civil service positions, increased the power of the public utility regulatory commissions, and won passage of laws that placed limits on political donations by corporations and required political candidates to track campaign receipts and expenditures. He also signed laws that barred younger workers from several dangerous occupations and established a maximum 48-hour workweek for manufacturing workers under the age of 16. To enforce those laws, Hughes reorganized the New York State Department of Labor. Hughes's labor policies were influenced by economist Richard T. Ely, who sought to improve working conditions for laborers, but rejected the more far-reaching reforms favored by union leaders like Samuel Gompers. Despite his busyness as New York governor, Hughes found time to get involved in religious matters. A lifelong Baptist, he participated in the creation of the Northern Baptist Convention in May 1907. Hughes served the convention as its first president, beginning the task of unifying the thousands of independent Baptist churches across the North into one denomination. Previously, northern Baptists had only connected between local churches through missions societies and benevolent causes. The Northern Baptist Convention would go on to become the historical important American Baptist Churches USA, which made this aspect of Hughes' life during his governorship a key part of his historical influence. However, Hughes' political role was changing. He had previously been close with Roosevelt, but relations between Hughes and the president cooled after a dispute over a minor federal appointment. Roosevelt chose not to seek re-election in 1908, instead endorsing Secretary of War William Howard Taft as his preferred successor. Taft won the Republican presidential nomination and asked Hughes to serve as his running mate, but Hughes declined the offer. Hughes also considered retiring from the governorship, but Taft and Roosevelt convinced him to seek a second term. Despite having little support among some of the more conservative leaders of the state party, Hughes won re-election in the 1908 election. Hughes's second term proved to be less successful than his first, but he increased regulation over telephone and telegraph companies and won passage of the first workers' compensation bill in U.S. history. 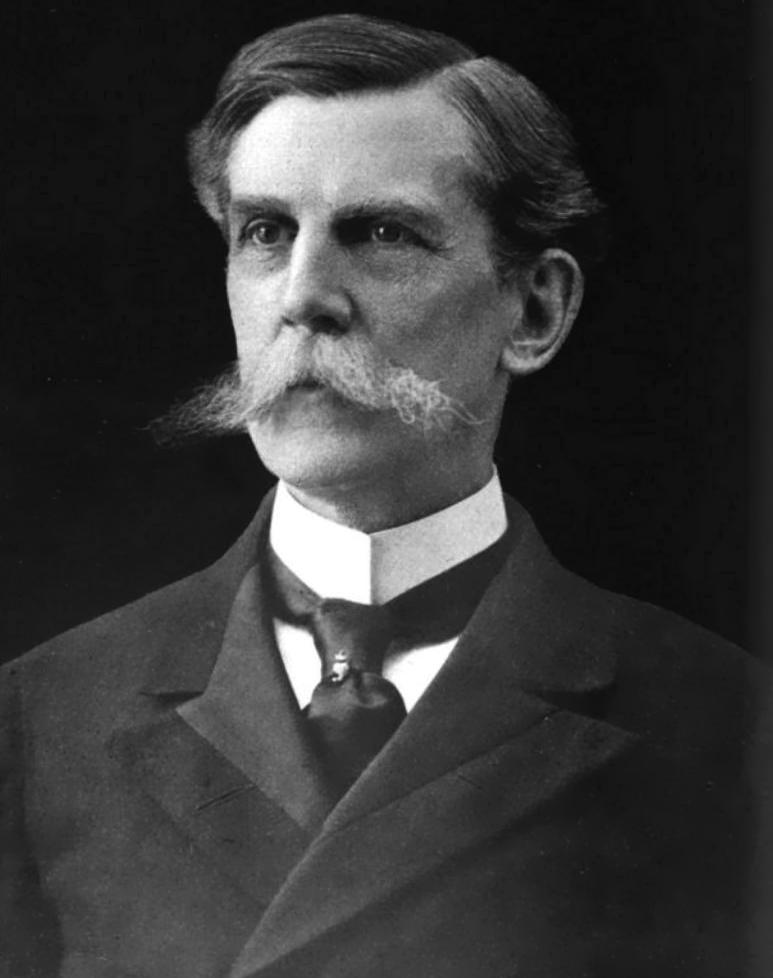 By early 1910, Hughes was anxious to retire from his position as governor. A vacancy on the Supreme Court arose after the death of Associate Justice David J. Brewer, and Taft offered the position to Hughes. Hughes quickly accepted the offer, and he was unanimously confirmed by the Senate on May 2, 1910. Two months after Hughes' confirmation, but prior to his taking the judicial oath, Chief Justice Melville Fuller died. Taft elevated Associate Justice Edward Douglass White to the position of Chief Justice despite having previously indicated to Hughes that he might select Hughes as Chief Justice. White's candidacy for the position was bolstered by his long experience on the bench and popularity among his fellow justices, as well as Theodore Roosevelt's coolness towards Hughes. Taft nominated Willis Van Devanter to succeed White as associate justice. Hughes, who was sworn into office on October 10, 1910,