. It is part of the
State University of New York The State University of New York (SUNY ) is a system of public colleges and universities in New York State New York is a state State may refer to: Arts, entertainment, and media Literature * ''State Magazine'', a monthly magazine publishe ...
(SUNY) system. Buffalo State College was founded in 1871 as the Buffalo Normal School to train teachers. It offers 79 undergraduate majors with 11 honors options, 11 post baccalaureate teacher certification programs, and 64 graduate programs.

Buffalo State was founded in 1871 as the Buffalo Normal School before becoming the State Normal and Training School (1888–1927), the State Teachers College at Buffalo (1928–1946), the New York State College for Teachers at Buffalo (1946–1950), SUNY, New York State College for Teachers (1950–1951), the State University College for Teachers at Buffalo (1951–1959), the State University College of Education at Buffalo (1960–1961), and finally the State University College at Buffalo in 1961. Eighty-six students attended the Buffalo Normal School on the first day of classes on September 13, 1871. The school's purpose was to provide a uniform training program for teachers to serve Buffalo's fast-growing public school population. Today, Buffalo State remains one of only 136 colleges in the nation to host a teacher-preparation program, but its curricular offerings now include more than 250 undergraduate and graduate programs. The WWII years were another time of growth for the college; in 1944, the now renowned Special Education program was founded and in 1948, the first dormitory building was erected where the present-day Moot Hall is located. In 1961, Buffalo State was the first institution in the SUNY system to offer a study-abroad program, a semester-long immersion program in Siena, Italy. International study programs now include international exchange and study-abroad programs in Australia, Canada, England, Italy, the Netherlands, Puerto Rico, and Spain. In 1964, the Buffalo State College
Planetarium A planetarium (plural ''planetaria'' or ''planetariums'') is a theatre built primarily for presenting educational entertainment, educational and entertaining shows about astronomy and the night sky, or for training in celestial navigation. A ... 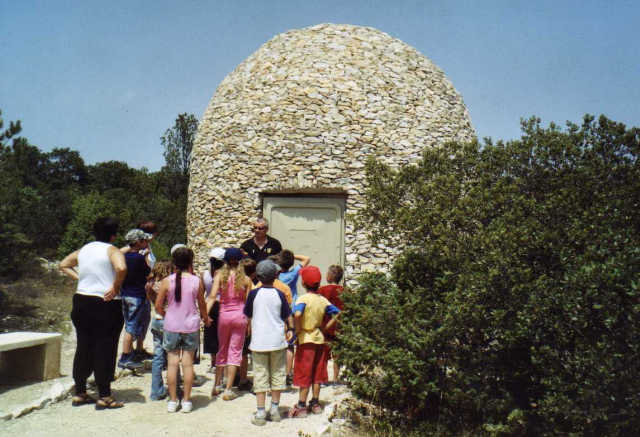 opened its doors with a 24-foot dome, and Dr. James Orgren became the facility's director in 1966. On November 17, 1978, a fire destroyed the facility, but the community's generosity allowed it to reopen on April 18, 1980. In April 1982, it was renamed the Whitworth Ferguson Planetarium in honor of its greatest benefactor. In 1984, Dr. Orgren hired Mr. Arthur Gielow as his successor. Mr. Gielow died in 2010, and after a brief remodeling, the planetarium reopened in 2011 under the direction of Dr. Kevin Williams. In January 2013, the planetarium hosted a closing ceremony that highlighted its 48-year history. Through 2010–2012, staff members Tim Collins, Stephen Dubois and Terry Farrell created several programs. In 2015, a generous donation allowed the planetarium to reopen with a temporary 20-foot inflatable fulldome system. The new 35-foot dome facility will open in Phase III of the Science And Math Complex, currently slated for 2019.

Buffalo state has 29 buildings including student centers, academic buildings, athletics buildings, office buildings, and residence halls. Buffalo State is undergoing a $350 million campus-wide improvement project. In 2011, a $45 million Student Apartment Complex opened on the west side of campus. It is Buffalo State's largest addition to campus student housing since the early 1970s. A new $38 million Technology Building is expected to achieve
LEED is the first LEED Platinum community in the world. Pictured is 1812 N Moore, the tallest LEED Platinum building in the Washington metropolitan area, and other towers of various LEED status. in Pittsburgh is the first convention center in the ...
gold certification through the U.S. Green Building Council. A $103.4 million renovation and expansion of the Science and Mathematics Complex is under way and is scheduled for completion in 2017. Other campus projects include a $9.5 million renovation on the third floor of Rockwell Hall, $5.6 million renovation to the Campbell Student Union, $28 million rehabilitation of the Houston Gymnasium, $9 million in rehabilitation to the Tower 4 residence hall, and $11.2 million in underground utility replacements in the Rockwell Quadrangle and nearby vicinity.

Programs available at Buffalo State that are not offered at any other SUNY institution include
adult education Adult education, distinct from child education, is a practice in which adults engage in systematic and sustained self-educating activities in order to gain new forms of knowledge, skills, attitudes, or values.Merriam, Sharan B. & Brockett, Ralph ...

,
applied economics Applied economics is the application of economic theory Economics () is the social science that studies how people interact with value; in particular, the Production (economics), production, distribution (economics), distribution, and Co ...
,
art conservation#REDIRECT Conservation and restoration of cultural property {{Redirect category shell, {{R from move ...
,
communication design Communication design is a mixed discipline between design A design is a plan or specification for the construction of an object or system or for the implementation of an activity or process, or the result of that plan or specification in the fo ...
, creativity, fashion and textile technology, fiber design, forensic chemistry, metal/jewelry design, higher education administration, urban and regional planning, and wood/furniture design. Buffalo State was the first school in the world to grant a master of science in creativity. The university also now offers an undergraduate minor in Creative Studies. Both programs are offered through the International Center for Studies in Creativity, which is housed on campus. Buffalo State has 12 centers promoting growth and excellence. Others include: * Center for Development of Human Services (CDHS). Strengthening human services through training, organizational, and technical assistance; technology; and evaluation, this center offers a comprehensive menu of management, supervisory, and worker-training programs that enable students to learn to more effectively serve their future clients. * Center for Health and Social Research. Working as an integral component of Buffalo State to provide collaboration between students, faculty, and staff in intellectual development, this center works to investigate basic and applied research topics that are among the most pressing in today's society. * Great Lakes Center. This center actively conducts collaborative research with other institutions and agencies in the United States, Canada, and Europe. The research focuses primarily on lakes Erie and Ontario and their tributaries, although national and international projects are also a priority. Research topics include aquatic invasive species, biodiversity and conservation of Freshwater mollusc, freshwater mollusks, nutrient stoichiometry and lake budgets, population ecology, water quality, and wetland chemistry and hydrology.

There are 8,082 undergraduates and 1,036 graduate students enrolled. The undergraduate population (Fall 2018) was 43 percent male and 57 percent female. The overall admission rate of new students (2016) was 62 percent. Students both in and out of state, as well as from other countries, are a foundation of the student body; many students hail from the New York City metropolitan area. Roughly one-quarter of Buffalo State's students live on campus. The college provides a variety of options for its resident students. Some residence halls house first-year students exclusively; some house a mixture of students, and some are reserved for upper-division students. Additionally, there is a mix of specialty housing for specific groups and interests. Through the International and Exchange Programs Office, Buffalo State students can study at another campus in the United States, Canada, or around the world. Students have the opportunity to join more than 81 campus organizations, including 22 fraternities and sororities in North America, fraternities and sororities and an International Students Organization (ISO).

United Students Government (USG) represents the student body in campus governance and helps administrate student activities and organizations. USG provides activities, services, and student representation at Buffalo State. USG is headed by an executive branch of students elected each year along with a judicial branch and senate elected at the same time. USG manages and disperses money provided by the mandatory student activity fee to the many organizations and clubs on campus.

Buffalo State's sports teams are known as the Bengals. Buffalo State competes in 16 varsity sports within Division III (NCAA), NCAA Division III. The Bengals men's basketball team won a State University of New York's Athletic Conference championship and advanced to the Sweet 16 in the NCAA Division III Tournament in 2011. In fall 2012, the Bengals football team prevailed in a dramatic upset over the No. 1-ranked University of Wisconsin-Whitewater, breaking into the national rankings for the first time since 2000. The men's and women's ice hockey teams play in the 1,800-seat Ice Arena within the Buffalo State Sports Arena on campus. The Ice Arena serves as a practice facility for the Buffalo Sabres, has hosted the NJCAA championships, and is also a host site for the Western New York Federation High School Hockey regular season and championship playoffs. In 2019, the cheerleading team placed 5th at the NCA collegiate national championship in the intermediate DIII division.

*BSC-TV Channel 3 *WBNY-FM 91.3 (megahertz, MHz), student-run radio station *''The Record,'' the student-run newspaper, was published every Wednesday. It ceased being a print publication in 2016 and became online only starting in 2017. *''The Lens'', an art, culture, and literary magazine *''1300 Elmwood'', magazine for alumni and friends, published biannually

The campus's Burchfield-Penney Art Center, Burchfield Penney Art Center, founded in 1966, moved to its new $33 million facility in 2008. The Burchfield Penney features the work of Western New York artists and houses one of the world's largest collections of work by watercolorist Charles E. Burchfield (1893–1967). The historic Albright-Knox Art Gallery, which showcases modern and contemporary art, is located across the street from the campus. Students can purchase discount passes in the Student Union. There are also a number of other art galleries nearby.

Buffalo State has 100,000 alumni living in 119 countries throughout the world. Ninety-seven percent live in the United States, and 71 percent live in New York State. The five most popular majors among alumni were elementary education (15,538), art education (4,249), exceptional education (4,180), business studies (3,979), and criminal justice (3,911). * Susan Bies, former member of the Federal Reserve Board * Byron Brown, current mayor of the City of
Buffalo, New York Buffalo is the second-largest city in the U.S. state In the , a state is a , of which there are currently 50. Bound together in a , each state holds al jurisdiction over a separate and defined geographic territory where it shares its ...