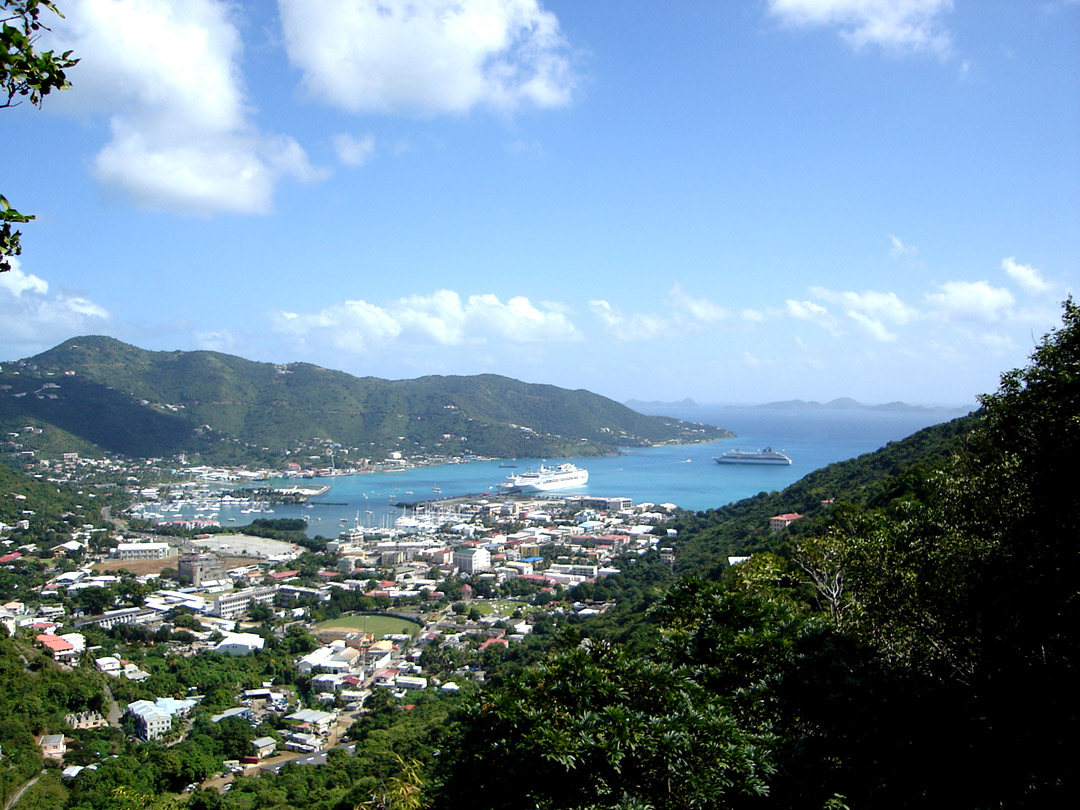 The British West Indies, sometimes abbreviated to the BWI, is a collective term for the British territories historically established in the Anglo-Caribbean: Anguilla, the Cayman Islands, Turks and Caicos Islands, Montserrat, the British Virgin Islands, Antigua and Barbuda, The Bahamas, Barbados, Dominica, Grenada, Jamaica, Saint Kitts and Nevis, Saint Lucia, Saint Vincent and the Grenadines, British Guiana (now Guyana) and Trinidad and Tobago. Other territories include Bermuda, and the former British Honduras (now Belize). Before the decolonisation period in the later 1950s and 1960s the term was used to include all British colonies in the region as part of the British Empire. Following the independence of most of the territories from the United Kingdom, the term Commonwealth Caribbean is now used. In 1912, the British government divided their territories into different colonies: The Bahamas, Barbados, British Guiana, British Honduras, Jamaica (with its dependencies the Turks and Caicos Islands and the Cayman Islands), Trinidad and Tobago, the Windward Islands, and the Leeward Islands. Between 1958 and 1962, all of the island territories except the British Virgin Islands and the Bahamas were organised into the West Indies Federation. It was hoped that the Federation would become independent as a single nation, but it had limited powers and faced many practical problems. Consequently, the West Indies Federation was dissolved in 1962. The territories are now fully independent sovereign states, except for five – Anguilla, the British Virgin Islands, the Cayman Islands, Montserrat, and the Turks and Caicos Islands – which remain British Overseas Territories, as does Bermuda. All remain within the Commonwealth of Nations. They also established the Caribbean Community, and many of the nations have joined various international bodies, such as the Organization of American States, the Association of Caribbean States, the World Trade Organization, the United Nations, and the Caribbean Development Bank among others. 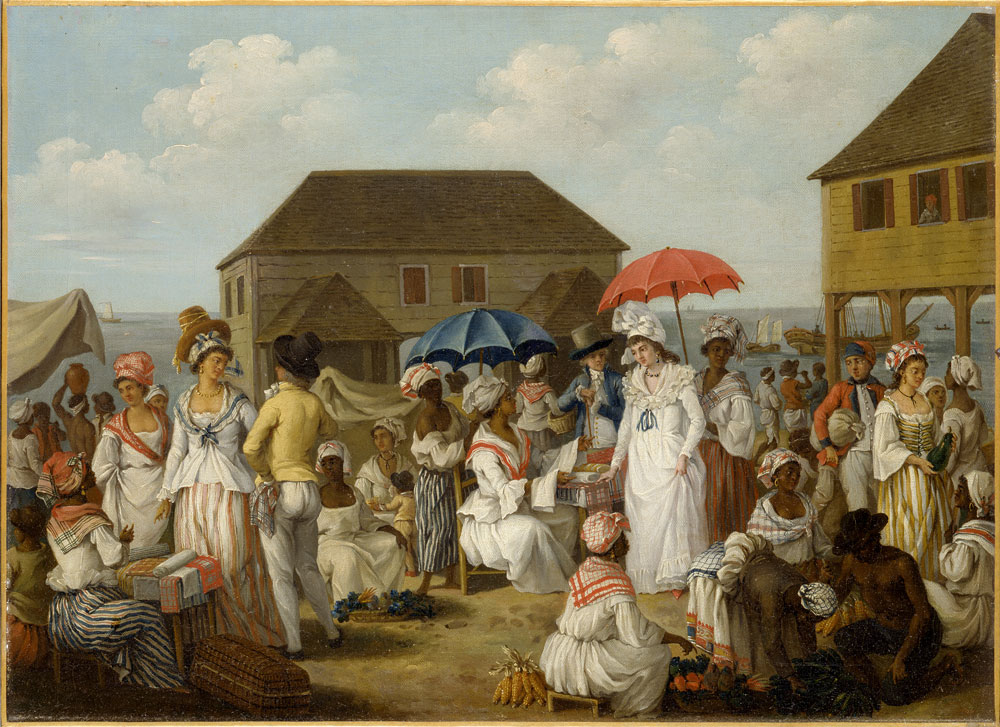 Sir William Stapleton established the first federation in the British West Indies in 1674. He set up a General Assembly of the Leeward Islands in St. Kitts. Stapleton's Federation was active between 1674 and 1685, during his term as governor, and the General Assembly met regularly until 1711. By the 18th century, each island had kept its own Assembly and made its own laws. The islands continued to share one Governor and one Attorney-General. Although unpopular, Stapleton's Federation was never really dissolved but simply replaced by other arrangements. Between 1816 and 1833, the Leewards were divided into two groups: St. Christopher-Nevis-Anguilla and Antigua-Barbuda-Montserrat, each with its own Governor. In 1833 all the Leeward Islands were brought together, and Dominica was added, remaining as part of the group until 1940. Also in the early 1830s, there was a revolution that took place, led by Samuel Sharpe, a Baptist preacher, that sought to free fellow enslaved people of color that were taken with Sharpe. Although, Christian faith is not the only religion practiced in this area, because of the slave population, there is a diverse array of different religions that came over from Africa. In 1869, Governor Benjamin Pine was assigned to organise a federation of Antigua-Barbuda, Dominica, Montserrat, Nevis, St. Kitts, Anguilla and the British Virgin Islands. St. Kitts and Nevis opposed sharing their government funds with Antigua and Montserrat, which were bankrupt. Governor Pine told the Colonial Office that the scheme had failed due to "local prejudice and self-interest". His only achievement was to give the Leewards a single Governor. All laws and ordinances, however, had to be approved by each island council. In 1871 the British government passed the Leeward Islands Act, by which all the islands were under one Governor and one set of laws. The Federal Colony was composed of all islands organised under Governor Pine's previous attempt. Each island was called a "Presidency" under its own Administrator or Commissioner. Like earlier groupings, this federation was unpopular but it continued until 1956, when it was redefined as the Territory of the Leeward Islands. In 1958 the Federation of the West Indies was organised, of which the Leeward Islands became a part.

Harbour Street, Kingston, Jamaica, c. 1820 The Cayman Islands and Turks and Caicos Islands were grouped under Jamaica out of convenience and sometimes for historical and/or geographical reasons. British Honduras (later Belize) was surrounded by hostile Spanish colonies and needed the protection afforded by the Jamaican Army and Navy. In addition, British Honduras had been founded by loggers. It increased in population partly by the settlement of Englishmen migrating from Jamaica in the late 17th and early 18th centuries (settlers also immigrated directly from England; others were born in the colony.) From 1742, British Honduras was a dependency directly under the Governor of Jamaica. In 1749 the Governors of Jamaica appointed Administrators for British Honduras. In 1862 British Honduras became a Crown Colony; it was placed under the Governor of Jamaica with its own Lieutenant-Governor. In 1884 it finally broke all administrative ties with Jamaica and wanted self governance, as did Cayman Islands and the Turks and Caicos Islands.

The West Indies Federation was a short-lived federation that existed from 3 January 1958 to 31 May 1962. It consisted of several Caribbean colonies of the United Kingdom. The Federation's purpose was to create a political unit that would become independent from Britain as a single state, similar to the Federation of Australia or Canadian Confederation. However, the Federation collapsed due to internal political conflicts over how it would be governed before that could develop.

In 1967, following the termination of the West Indies Federation, a number of Eastern Caribbean islands formed a free association form of government along with the United Kingdom called the West Indies Associated States. The arrangement was created through the British House of Commons passing the ''West Indies Act (1967)'' (also known as the ''Associated States Act''). As part of the arrangement more sovereignty was granted to the bloc of West Indies countries with the United Kingdom maintaining responsibility for defence and external affairs only.

Cricket has traditionally been the main sport in the British West Indies (though others sports such as football have challenged its dominance since the 1990s). Most of the countries and territories listed above field a combined cricket team called the West Indies, which is one of the twelve elite international teams that play at Test match level. The West Indies hosted the 2007 Cricket World Cup of ODI Cricket and the 2010 ICC World Twenty20.