BirdLife International is a global partnership of
non-governmental organization A non-governmental organization, or simply an NGO, is an organization that is, generally, formed independent from government. They are typically nonprofit organization, nonprofit entities, and many of them are active in humanitarianism or the ...
s that strives to conserve
birds Birds are a group of s constituting the Aves , characterised by s, toothless beaked jaws, the of eggs, a high rate, a four-chambered , and a strong yet lightweight . Birds live worldwide and range in size from the to the . There ar ...

and their
habitat Ibex in an alpine habitat In ecology Ecology (from el, οἶκος, "house" and el, -λογία, label=none, "study of") is the study of the relationships between living organisms, including humans, and their physical environment. ...

s. BirdLife International's priorities include preventing extinction of bird species, identifying and safeguarding important sites for birds, maintaining and restoring key bird habitats, and empowering conservationists worldwide. It has a membership of more than 2.5 million people across 116 country partner organizations, including the
Royal Society for the Protection of Birds The Royal Society for the Protection of Birds (RSPB) is a charitable organisation A charitable organization or charity is an organization whose primary objectives are philanthropy Philanthropy consists of "private initiatives, for the pu ...
, the
Wild Bird Society of Japan Wild Bird Society of Japan (日本野鳥の会) was founded in 1934 in Tokyo, Japan. The organization has 47,000 members and publishes a newsletter called ''Strix''. Other relevant publications include the ''Field Guide to the Birds of Japan'', ''Bi ...

, the
National Audubon Society Audubon may refer to: People * John James Audubon John James Audubon (born Jean-Jacques Rabin; April 26, 1785 – January 27, 1851) was an American ornithology, ornithologist, natural history, naturalist, and Painting, painter. His combin ...
and
American Bird Conservancy The American Bird Conservancy (ABC) is a non-profit A nonprofit organization (NPO), also known as a non-business entity, not-for-profit organization, or nonprofit institution, is a legal entity organized and operated for a collective, public or ...
. BirdLife International has identified 13,000 Important Bird and Biodiversity Areas and is the official
International Union for Conservation of Nature The International Union for Conservation of Nature (IUCN; officially International Union for Conservation of Nature and Natural Resources) is an working in the field of and of s. It is involved in data gathering and analysis, research, field p ...
’s
Red List The International Union for Conservation of Nature (IUCN) Red List of Threatened Species (also known as the IUCN Red List or Red Data Book), founded in 1964, is the world's most comprehensive inventory of the global Conservation movement, conserv ...
authority for birds. As of 2015, BirdLife International has established that 1,375 bird species (13% of the total) are threatened with extinction ( critically endangered,
endangered An endangered species is a species In biology, a species is the basic unit of biological classification, classification and a taxonomic rank of an organism, as well as a unit of biodiversity. A species is often defined as the largest group ...
or
vulnerable Vulnerable may refer to: General *Vulnerability *Vulnerability (computing) *Vulnerable adult *Vulnerable species Music Albums *Vulnerable (Marvin Gaye album), ''Vulnerable'' (Marvin Gaye album), 1997 *Vulnerable (Tricky album), ''Vulnerable'' (T ...
). BirdLife International publishes a quarterly magazine, ''BirdLife: The Magazine'', which contains recent news and authoritative articles about birds and their conservation. 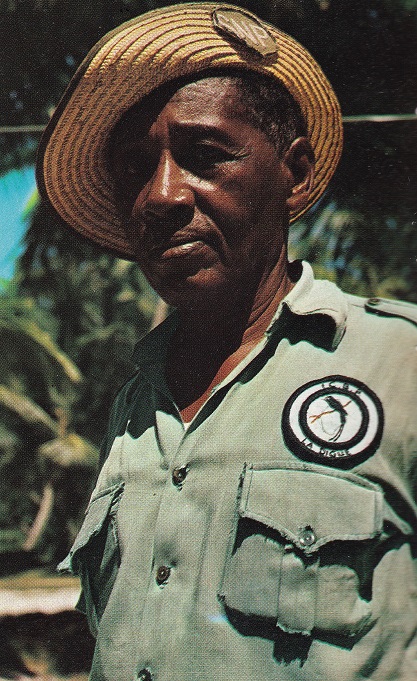 BirdLife International was founded in 1922 as the ''International Council for Bird Protection'' by American
ornithologist Ornithology is a branch of zoology Zoology ()The pronunciation of zoology as is typically regarded as nonstandard, though it is not uncommon. is the branch of biology that studies the animal kingdom, including the anatomy, structure, embryol ...
s T. Gilbert Pearson and
Jean Theodore DelacourJEAN was a dialect The term dialect (from Latin , , from the Ancient Greek word , , "discourse", from , , "through" and , , "I speak") is used in two distinct ways to refer to two different types of Linguistics, linguistic phenomena: * One usage r ...
. The group was renamed ''International Committee for Bird Preservation'' in 1928, ''International Council for Bird Preservation'' in 1960, and ''BirdLife International'' in 1993.

BirdLife International has nine conservation programmes implemented across Africa, the Americas, Asia, Europe and Central Asia, the Middle East and the Pacific. The programmes provide the framework for planning, implementing, monitoring and evaluating conservation work and include the Important Bird and Biodiversity Areas Programme, Marine Programme, Preventing Extinctions Programme, and Flyways Programme.

In 2008, the English name of Wild Bird Federation Taiwan was renamed to Chinese Wild Bird Federation in order to comply with BirdLife International's demand, stemming from
People's Republic of China China (), officially the People's Republic of China (PRC; ), is a country in East Asia East Asia is the eastern region of Asia Asia () is Earth's largest and most populous continent, located primarily in the Eastern Hemisphere ...

's pressure. Following the organization's removal from BirdLife International in 2020, the English name was changed to
Taiwan Wild Bird Federation Taiwan Wild Bird Federation () or TWBF is Taiwan Taiwan (), officially the Republic of China (ROC), is a country in East Asia. Neighbouring countries include the China, People's Republic of China (PRC) to the northwest, Japan to the northeast ...
(TWBF).

then named Chinese Wild Bird Federation (CWBF), to address the following issues or risk removal from its partnership program: # The organization's Chinese name ( ) poses an operational risk for BirdLife International and should be changed. # CWBF was to sign a document formally committing to not promote or advocate for the legitimacy of the
Republic of China Taiwan, officially the Republic of China (ROC), is a country in East Asia. It shares Maritime boundary, maritime borders with the China, People's Republic of China (PRC) to the northwest, Japan to the northeast, and the Philippines to the sout ...