The term ''Berber'' comes from the el|βάρβαρος ( ) meaning 'barbarian'. The Romans also used the word to refer to their neighbours to the north, in Germania (roughly the area that is Germany today), as well as to Celts, Iberians, Gauls, Goths, and Thracians. Among the oldest written attestations of the word ''Berber'' is its use as an ethnonym in a document from the 1st century AD ''Periplus of the Erythraean Sea''. In ancient and medieval times, the Greeks, Romans, and Byzantines all used words similar to "Berber" to refer to various tribes that inhabited “Greater Libya" (that is, what is now called North Africa), in areas where Berbers were later to be found. Although these tribal names differ from the names used in those classical sources, they are nevertheless probably related to the modern . The Meshwesh tribe was the first of these tribes to be identified by researchers. Scholars believe it is the same tribe that was called by the ancient Greek writer Hektaios and by the ancient Greek historian Herodotus. In Latin sources, the tribe was called and , and was related to the later Massylii and Masaesyli. Late antiquity Roman and Coptic language sources record that a tribe referred to as Mazices ( cop|ⲙⲁⲥⲓⲅⲝ) conducted multiple raids against Egypt. All these names are similar to the names used by the Berbers to refer to themselves, and are perhaps foreign renditions of that name: or (singular: ). Despite the evidence in these early manuscripts, certain modern scholars have argued that the term only emerged around 900 AD, in the writings of Arab genealogists. For example, Maurice Lenoir posited that the term first appeared in the 8th or 9th century. Ramzi Rouighi argues that the use of ''Berber'' to refer to the people of North Africa appeared only after the Muslim conquests of the 7th century. Latin and Greek sources describe Moors, Africans, and even barbarians, but never Berbers (al-Barbar). The English term was introduced in the 19th century, replacing the earlier Barbary. The Berbers are the ''Mauri'' cited by the ''Chronicle of 754'' during the Umayyad conquest of Hispania, ''Mauri'' having become, since the 11th century, the catch-all term 'Moors' ( es|Moros) on documents of the Christian Iberian kingdoms to refer to the Andalusi, the north Africans, and the Muslims overall. According to the historian Abraham Isaac Laredo, the name Amazigh could be derived from the name of the ancestor Mezeg, which is the translation of the biblical ancestor Dedan, son of Sheba in the . According to the Berber author Leo Africanus, meant 'free man'; some argued that there is no root of meaning 'free' in the modern Berber languages. However, ('to be noble', 'generous') exists among the Imazighen of Central Morocco and ('to free oneself', 'revolt') exists among the Kabyles of Ouadhia. This dispute, however, is based on a lack of understanding of the Berber language, as is a prefix meaning 'a man', 'one who is ... Therefore, the root required to verify this endonym would be ('free'), which, however, is also missing from Tamazight's lexicon but may be related to the well-attested ('strong'), ('bravery'), or ('to be brave', 'to be courageous'). Further, ''Amazigh'' also has a cognate in the Tuareg word , meaning 'noble'. This term is common in Morocco, especially among Central Atlas, Rifian, and Shilah speakers in 1980; but elsewhere within the Berber homeland a local, more particular term, such as ''Kabyle'' or ''Chaoui'', is more often, such as in Libya. ''Amazigh'' probably had its ancient parallel to the Roman and Greek names for Berbers such as . According to Ibn Khaldun, the name is derived from one of the early ancestors of the Berbers. 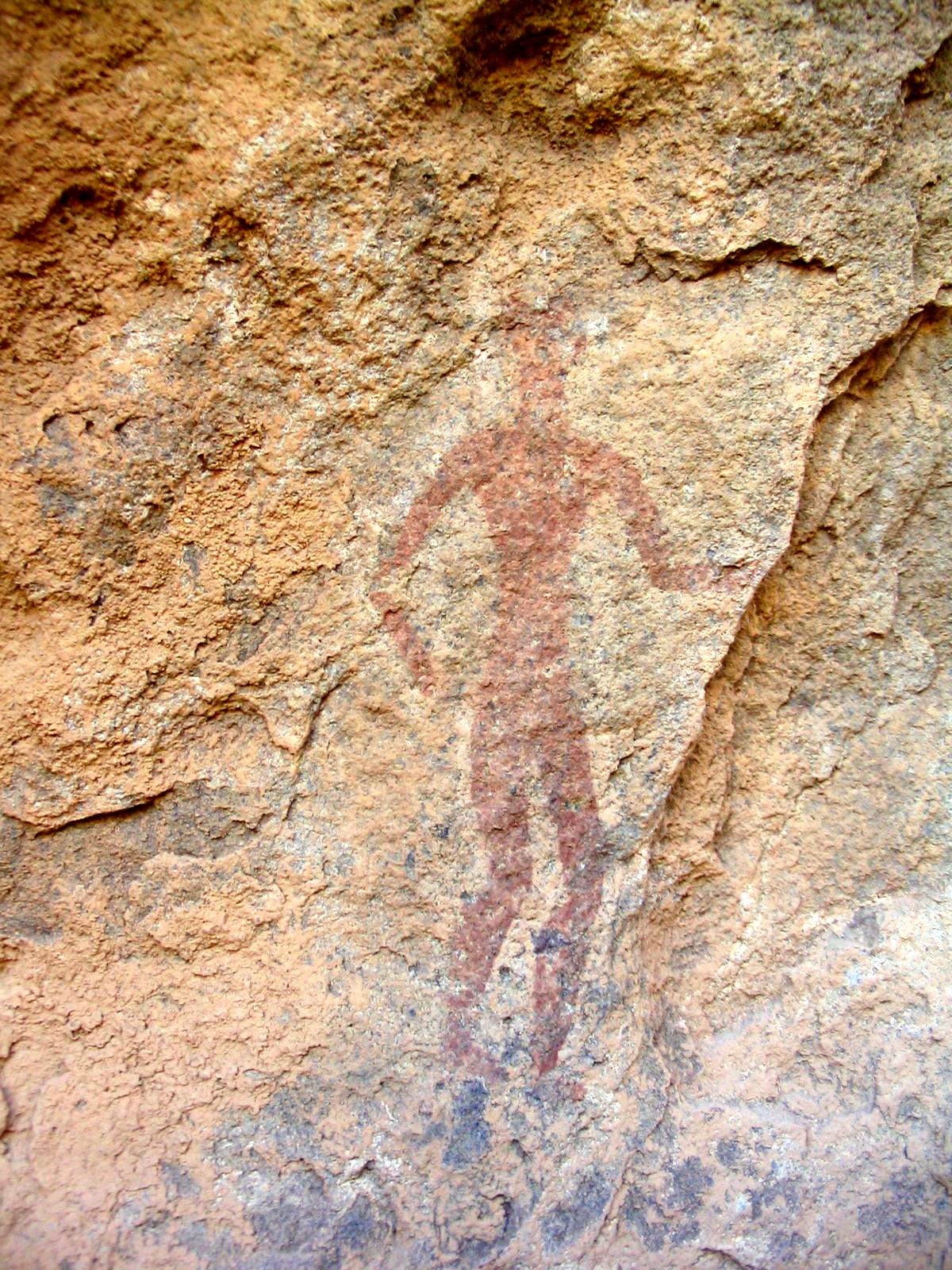 The Maghreb region in northwestern Africa is believed to have been inhabited by Berbers from at least 10,000 BC. Cave paintings, which have been dated to twelve millennia before present, have been found in the Tassili n'Ajjer region of southeastern Algeria. Other rock art has been discovered at Tadrart Acacus in the Libyan desert. A Neolithic society, marked by domestication and subsistence agriculture and richly depicted in the Tassili n'Ajjer paintings, developed and predominated in the Saharan and Mediterranean region (the Maghreb) of northern Africa between 6000 and 2000 BC (until the classical period). Prehistoric Tifinagh scripts were found in the Oran region. During the pre-Roman era, several successive independent states (Massylii) existed before King Masinissa unified the people of Numidia.

The areas of North Africa that have retained the Berber language and traditions best have been, in general, Algeria, Libya, Morocco and Tunisia. Much of Berber culture is still celebrated among the cultural elite in Morocco and Algeria, the Kabylie, the Aurès, etc. The Kabyles were one of the few peoples in North Africa who remained independent during successive rule by the Romans, the Byzantines, the Vandals, the Ottoman Turks and the Carthaginians. Even after the Arab conquest of North Africa, the Kabyle people still maintained possession of their mountains.

According to the ''Al-Fiḥrist'', the Barber (i.e. Berbers) comprised one of seven principal races in Africa. The medieval Tunisian historian Ibn Khaldun (1332–1406), recounting the oral traditions prevalent in his day, sets down two popular opinions as to the origin of the Berbers: according to one opinion, they are descended from Canaan, son of Ham, and have for ancestors Berber, son of Temla, son of Mazîgh, son of Canaan, son of Ham, a son of Noah;