Belgorod ( rus|Белгород|p=ˈbʲeɫɡərət) is a city and the administrative center of Belgorod Oblast, Russia, located on the Seversky Donets River north of the border with Ukraine. Population:

The name ''Belgorod'' (Белгород) in Russian literally means "White city", compounding the sememes "" (''bely'', "white, light") and "" (''gorod'', "town, city"). The city thus acquired its name because the region was rich in limestone. Etymologically, the name corresponds to other Slavic city-names of identical meaning: Belgrade, Belogradchik, Białogard, Biograd, Bilhorod, and Bilhorod-Dnistrovskyi. Records first mention the settlement in 1237, when the Mongol-led army of Batu Khan ravaged it. It is unclear whether this Belgorod stood on the same site as the current city. In 1596 Tsar Feodor Ioannovich of Russia ordered its re-establishment as one of numerous forts set up to defend Muscovy's southern borders from the Crimean Tatars. The tsar appointed two princes-governors to supervise the construction of Belgorod: Mikhail Vasilyevich Nozdrovaty and Andrei Romanovich Volkonsky. The city got its name from the characteristic features of the area - white (chalk) mountains. The first Belgorod fortress was built on the high right bank of the Seversky Donets. Until now, the legendary White Mountain has not survived as in the 50s of the twentieth century it was completely torn down for chalk mining. Geographically, the location of the first Belgorod fortress is located in the area of the current car market, and the restaurant "Belaya Gora" by its coordinates is closest to the place where the Belgorod Kremlin existed. The first Belgorod fortress existed for sixteen years, having withstood several major attacks both from the Tatars and from the Lithuanian troops who participated in the wars with the Russian state. In 1612 the Belgorod fortress was taken and burned by a detachment of Lithuanians. However, already in the next 1613, the governor Nikita Likharev, by order of the tsar, was building the Second Belgorod fortress on the opposite bank of the Seversky Donets. Over the next decades, Belgorodians repulsed a large number of attacks on their lands. By the middle of the 17th century, the question arose about the construction of a new Belgorod fortress three kilometers south of the existing one. In the 17th century Belgorod suffered repeatedly from Tatar incursions, against which Russia built (from 1633 to 1740) an earthen wall, with twelve forts, extending upwards of from the Vorskla in the west to the Don in the east, and called the . In 1666 the Moscow Patriarchate established. Tsar Peter the Great visited Belgorod on the eve of the Battle of Poltava (1709).an archiepiscopal see in the town. 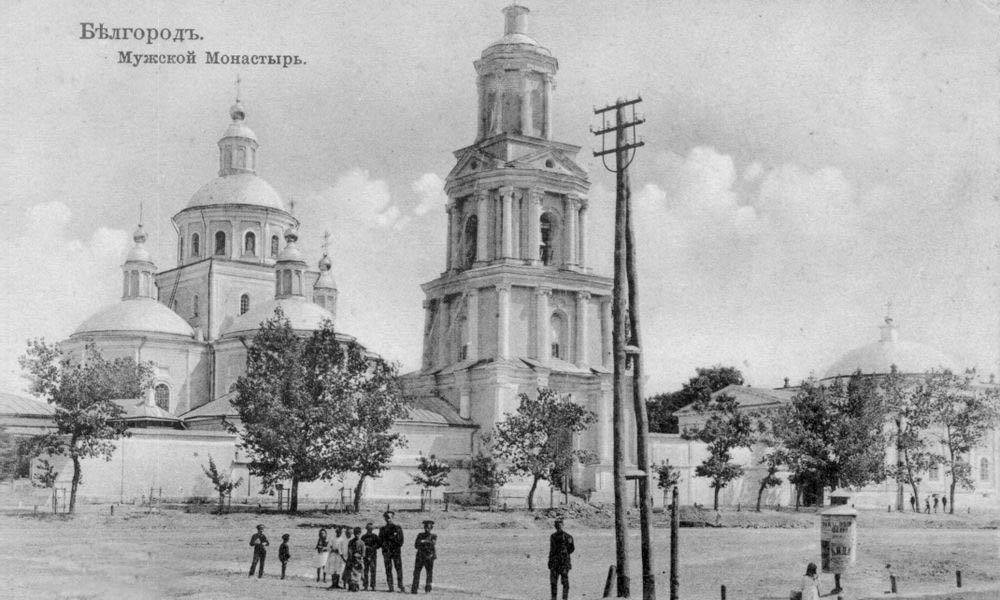 After the Russian border moved south following successful wars against the Polish–Lithuanian Commonwealth in the second half of the 17th century, Gradually, the strategic importance of the city decreases, and on 13 May 1785, by decree of Catherine II, Belgorod was excluded from the number of fortresses of the Russian Empire. From that moment on, the city plunges into the measured provincial life of the central black earth zone of Russia. Military life is replaced by agricultural life, the number of spiritual, educational, industrial and commercial institutions is growing, and in the historical chronicles of the Russian Empire, the city seems to fall asleep for a century. The Belgorod province disappears from the geographical maps, and the city for a long time is part of the first Kursk Governorate, then the Kursk province, and, finally, the Kursk region. Once again, the name of Belgorod becomes known throughout the country during the difficult wartime of the Great Patriotic War. On 5 August 1943, during the Battle of Kursk, Belgorod and Orel were liberated from the German fascist invaders. On the same day, Joseph Vissarionovich Stalin signed his order number 2: "Today, on August 5, at 24 o'clock, the capital of our Motherland, Moscow, will salute our valiant troops that liberated Oryol and Belgorod with twelve artillery salvos from 120 guns." From that moment on, Belgorod bears the unofficial title "The City of the First Fireworks", and the fifth of August is celebrated by modern Belgorodians as the City Day. A dragoon regiment had its base in the town until 1917. Ioasaph of Belgorod, an 18th-century bishop of Belgorod and Oboyanska, became widely venerated as a miracle worker and was glorified as a saint of the Russian Orthodox Church in 1911.

Soviet power was established in the city on 26 October (November 8), 1917. On 10 April 1918, troops of the Imperial German Army occupied Belgorod. After the conclusion of the Brest-Litovsk peace treaty of 9 February 1918 the demarcation line passed to the north of the city. Belgorod became part of the newly proclaimed Ukrainian People's Republic (February to May 1918) and Ukrainian State headed by Hetman Pavlo Skoropadskyi. On 20 December 1918, after the overthrow of German-backed Skoropadskyi, the Soviet Red Army regained control over the city, which became part of the RSFSR. From 24 December 1918 to 7 January 1919, the Provisional Workers' and Peasants' Government of Ukraine, then led by General Georgy Pyatakov, was based in Belgorod. The city served as the temporary capital of the Ukrainian People's Republic. From 23 June to 7 December 1919 the Volunteer Army occupied the town as part of White-controlled South Russia. From September 1925 the territorial 163rd Infantry Regiment of the 55th Infantry Division of Kursk was stationed in Belgorod. In September 1939 it was deployed to the 185th Infantry Division. On 2 March 1935, the Presidium of the Central Executive Committee of the Soviet Union decided to allocate the city of Belgorod, Kursk region, into an independent administrative unit directly subordinate to the Kursk Regional Executive Committee. The German Wehrmacht occupied Belgorod from 25 October 1941 to 9 February 1943. The Germans re-captured it on 18 March 1943 in the final move of the Third Battle of Kharkov. On 12 July 1943, during the Battle of Kursk, the largest tank battle in world history took place near Prokhorovka, and Red Army definitively retook the city on 5/6 August 1943. Th
Belgorod Diorama
is one of the World War II monuments commemorating the event. In 1954 the city became the administrative center of Belgorod Oblast. From this time the rapid development of the city as a regional center began. Belgorod is an administrative, industrial and cultural center of Belgorod Oblast, established in 1954. The major educational centers of the city are Belgorod State University, the Belgorod Technological University, the , and the Financial Academy. Belgorod Drama Theater is named after the famous 19th-century actor, Mikhail Shchepkin, who was born in this region. On 22 April 2013, a mass shooting occurred at approximately 2:20 PM Moscow time on a street in Belgorod. The shooter, identified as 31-year-old Sergey (Sergei) Pomazun (russian: Сергей Помазун), opened fire with a semi-automatic rifle on several people at a gun store and on a sidewalk, killing all six people whom he hit: three people at the store and three passers-by, including two teenage girls. Pomazun was later apprehended after an extensive day-long manhunt; during his arrest, he wounded a policeman with a knife. He was sentenced to life in prison on 23 August 2013. 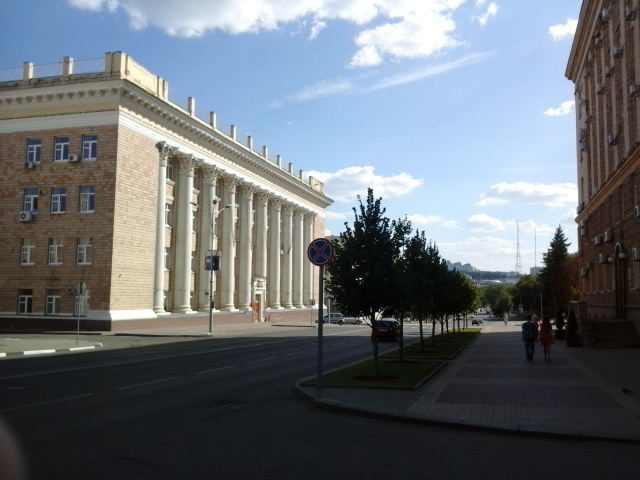 Belgorod's climate is humid continental (Köppen climate classification ''Dfb'' slightly cooler than ''Dfa'') featuring moderate precipitation. Winters are rather cold and changeable with frequent warmings followed by rains. Temperatures may occasionally fall below for about one week or more. Summer is warm and either humid and rainy or hot and droughty. Autumn is mild and rainy. The Belgorod reservoirs get covered with ice by the end of November or the beginning of December, and the ice layer typically lasts until March or April. *average year temperature: + 7.7 °C *average humidity: 76% *average wind speed: 5–7 m/s *average precipitation , mostly in summer. 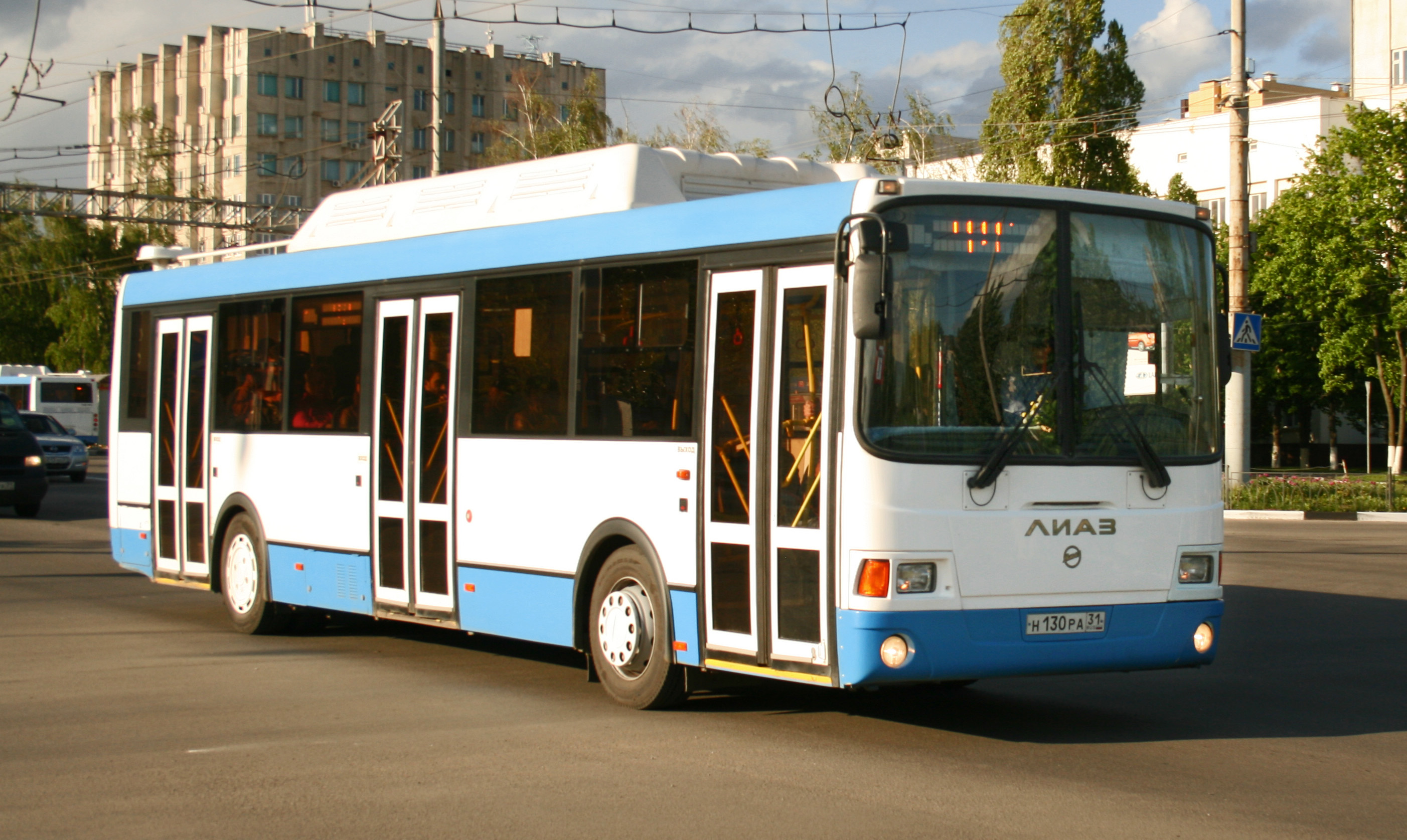 Since 1869, there has been a railway connection between Belgorod and Moscow. Belgorod is served by the Belgorod International Airport (EGO).

The city has two bus stations: Bus Belgorod, Belgorod- 2 Bus Terminal (located on the forecourt ), as well as bus stop complex Energomash. The Energomash bus station is mainly for commuting buses. From the bus station Belgorod-2 buses go mainly to nearby regional centers, and departure of buses in accordance with the arrival of trains. In 2019 Belgorod bought 20 new buses named Liaz.


Belgorod
at the Encyclopedia of Ukraine {{Authority control Category:Kursk Governorate