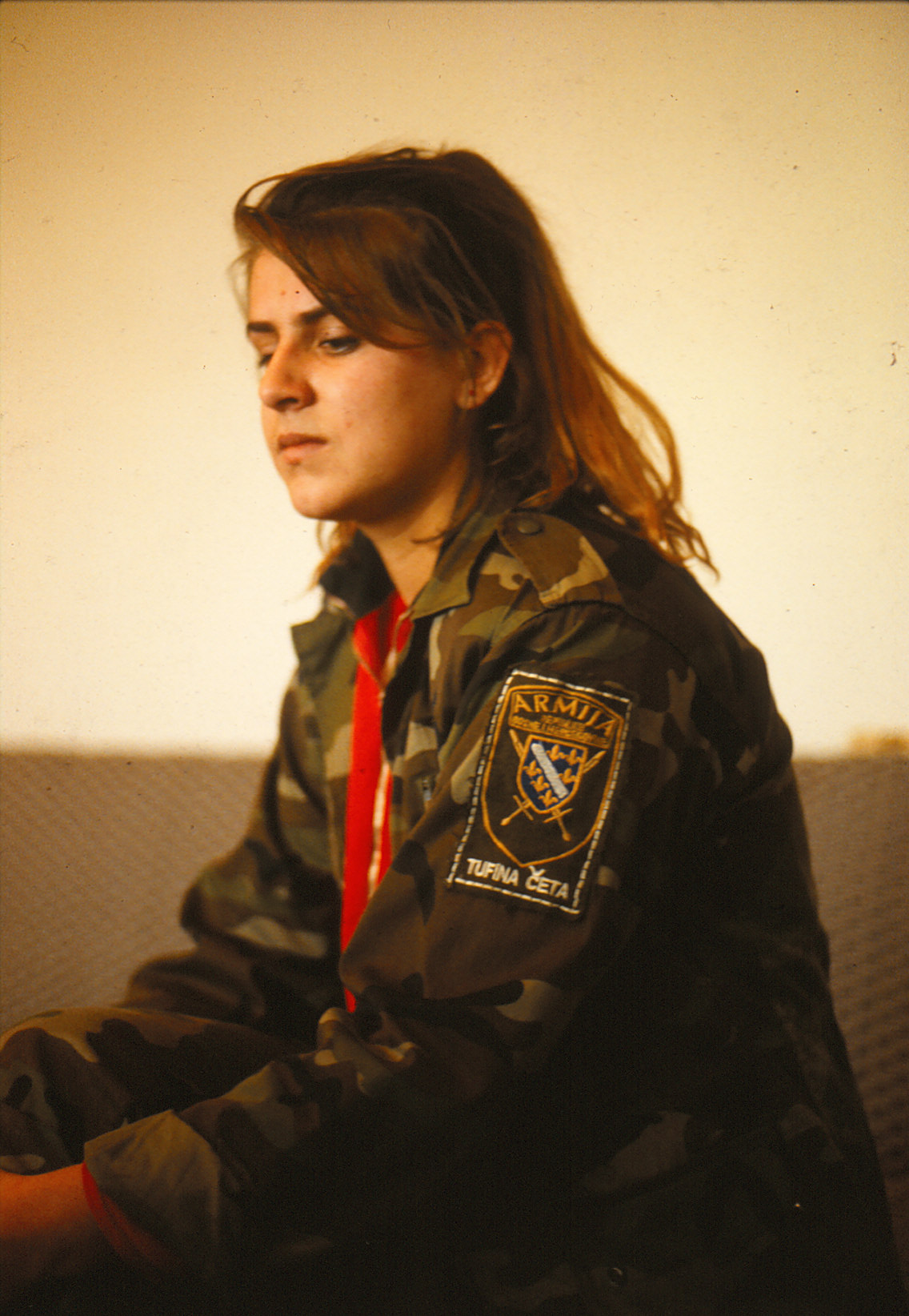 The Army of Republic of Bosnia and Herzegovina was formed on 15 April 1992 during the early days of the Bosnian War. Before the ARBiH was officially created, a number of paramilitary and civil defense groups were established. The Patriotic League (Bosnia and Herzegovina), Patriotic League (PL) and the local Territorial Defence Force of the Republic of Bosnia and Herzegovina (TORBiH) were the official army while paramilitaries such as the Zelene Beretke (Green Berets) and Crni Labudovi (Black Swans) units were also active. Other irregular groups included Bosnian mafia groups, as well as collections of police and former Yugoslav People's Army soldiers. The army was formed in poor circumstances and suffered from a very limited supply of arms. Critical deficiencies included tanks and other heavy weaponry. The first commander of the army was Sefer Halilović.

In 1992, the ARBiH was losing most of the battles and consequently, 70% of Bosnia and Herzegovina, Bosnia was under Yugoslav People's Army (JNA), later Army of Republika Srpska, Bosnian Serb army (VRS), control. Sarajevo was Siege of Sarajevo, under siege. The ARBiH had defended Sarajevo with light weaponry. The army was surrounded and the transfer of supplies was hard, if not impossible. However, ARBiH forces within the Bihac pocket were steadily defending the territory despite being surrounded by hostile forces.

1993 saw no major changes in the front lines against Serbs. Instead, this year marked the start of the Croat–Bosniak War in Central Bosnia and in Herzegovina, notably the Mostar region. Pressured and contained by heavily armed Serb forces in Bosnia-Hercegovina and Croatia, the ethnic Croat militia forces – the Croatian Defence Council (HVO) – shifted their focus from defending their parts of Bosnia from Serbs to trying to capture remaining territory held by the Bosnian Army. It is widely believed that this was due to the Karađorđevo agreement reached between presidents Slobodan Milošević and Franjo Tuđman to split Bosnia between Croatia and Republic of Serbia (1992–2006), Serbia. In order to accomplish this, the Croatian forces would have to defeat the Bosnian Army, since the territory that they wanted was under Bosnian government control. The HVO with great engagement from the military of the Republic of Croatia and material support from Serbs, attacked Bosniak civilian population in Herzegovina and in central Bosnia starting an ethnic cleansing of Bosniak populated territories, such as in the Lašva Valley ethnic cleansing. Vastly under-equipped Bosnian forces, fighting on two fronts, were able to repel Croats and gain territory against them on every front. At this time, due to its geographic position, Bosnia was surrounded by Croat and Serb forces from all sides. There was no way to import weapons or food. What saved Bosnia at this time was its vast industrial complex (steel and other heavy industry), which was able to switch to military production. After a short but bloody war, and once Croats realized that their partnership with Serbs would not bring them any territorial gains, they agreed to the U.S. leadership's "Washington Treaty" peace agreement. From that point on, Croat and Bosnian government forces fought as allies against Serbs.

A renewed alliance between the HVO and the ARBiH was agreed upon, with the objective of forming a strong force that could fight the much stronger and better equipped VRS. This was the time of frequent peace negotiations.

Despite the loss of several enclaves, Srebrenica massacre, notably Srebrenica, 1995 was marked by HVO and ARBiH offensives and later by NATO intervention. Following the Split Agreement, the Croatian Army, with cooperation from the ARBiH and the HVO, launched a series of operations: ''Operation Flash, Flash, Operation Summer '95, Summer '95, Operation Storm, Storm and Operation Mistral 2, Mistral 2''. In conjunction, Bosnian forces launched operations like ''Operation Sana, Sana''. Bosnian and Croat armies were on the offensive in this phase. From August to December 1995, Serb forces were defeated and driven out of the majority of Croatia and western Bosnia, and the ethnic Serb population fled from these parts. Following the Markale Massacres, second Markale massacre, a NATO intervention was launched, which destroyed much of the VRS' infrastructure in just a few days through 1995 NATO bombing in Bosnia and Herzegovina, Operation Deliberate Force. The war ended with the signing of the Dayton Accord.

The Political leadership in Sarajevo had met in Mehurići, Mehurici to decide alternatives if 1990 Slovenian independence referendum, Slovenia and 1991 Croatian independence referendum, Croatia should follow their stated plans to declare independence. After this board meeting Hasan Čengić, Hasan Cengic met with Rusmir Mahmutćehajić, Rusmir Mahmutcehajic to propose the formation of a paramilitary that would be an adjunct of Party of Democratic Action, SDA. Once approved by Alija Izetbegović, Alija Izetbegvic the first defense organization known as the "patriotic league" was formed. Another paramilitary known as the "green berets" would be formed from the people to help places where there where no defense organized by the local authority. As Bosnia declared independence the "territorial defense" was established as the state's official army and the patriotic league integrated a month later. The existence of other armed groups would lead the government to request the unification of all armed entities into one formation creating one official armed forces. This reform request would not last long as all other entities except the Croatian Defence Council, separatist ones would join finally establishing a centralized army. The newly reformed army would still be known as the "territorial defense" until July where the Army of the Republic of Bosnia and Herzegovina was officially established.

The new army was divided into corps, each stationed in a particular territory. In 1993, most brigades were renamed as Mountain troops given that the lack of heavy weapons made it organizationally pointless to list them as infantry or mechanized force, motorized. In addition, Bosnian terrain favored light infantry over armoured warfare, armored and mechanized infantry, mechanized formations. The special forces alongside the military police were controlled directly by the general staff of the army but that still didn't deny the formations of smaller spec-ops units and military police battalions to be formed in the corps independently or brigades specifically. 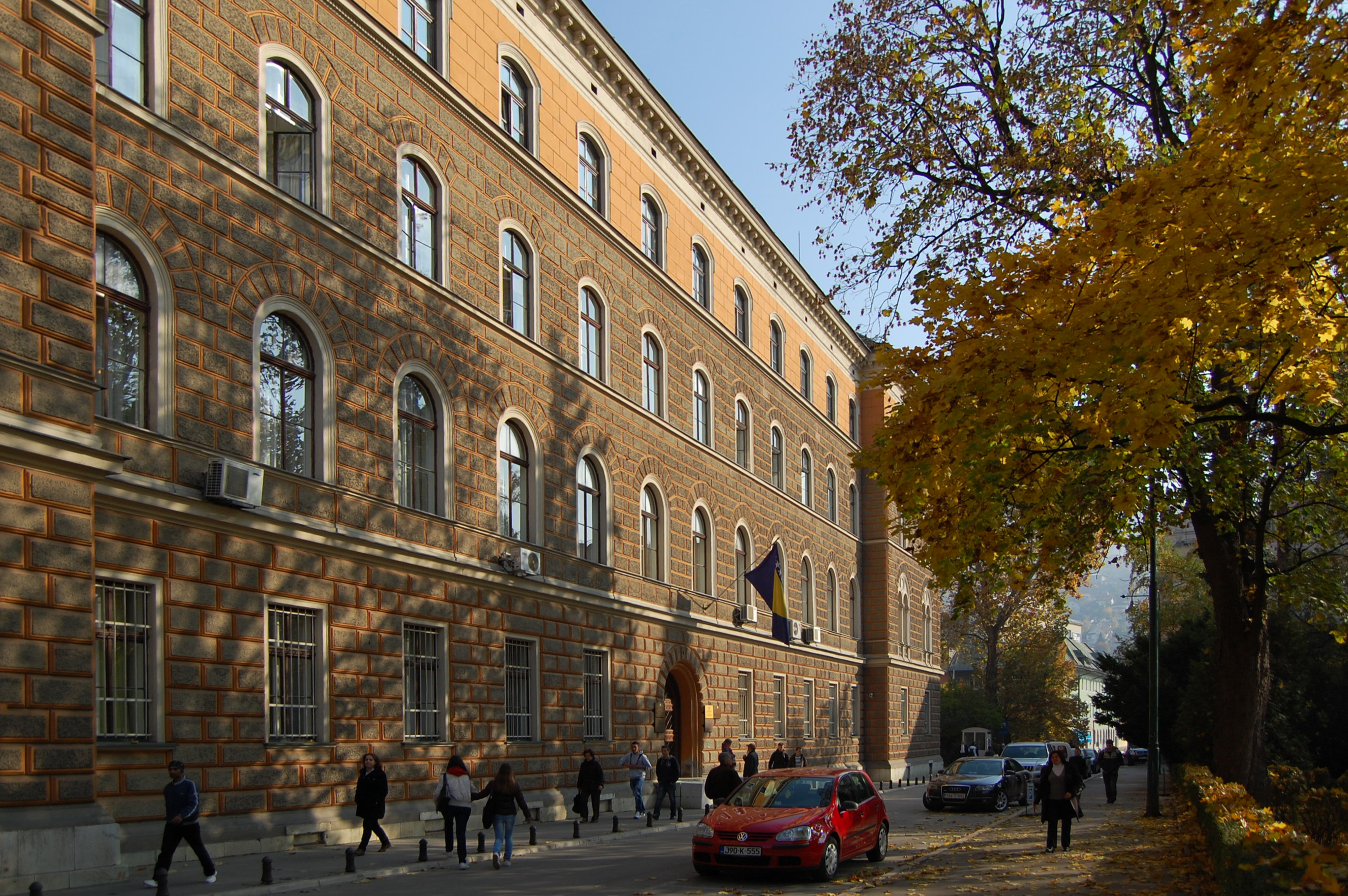 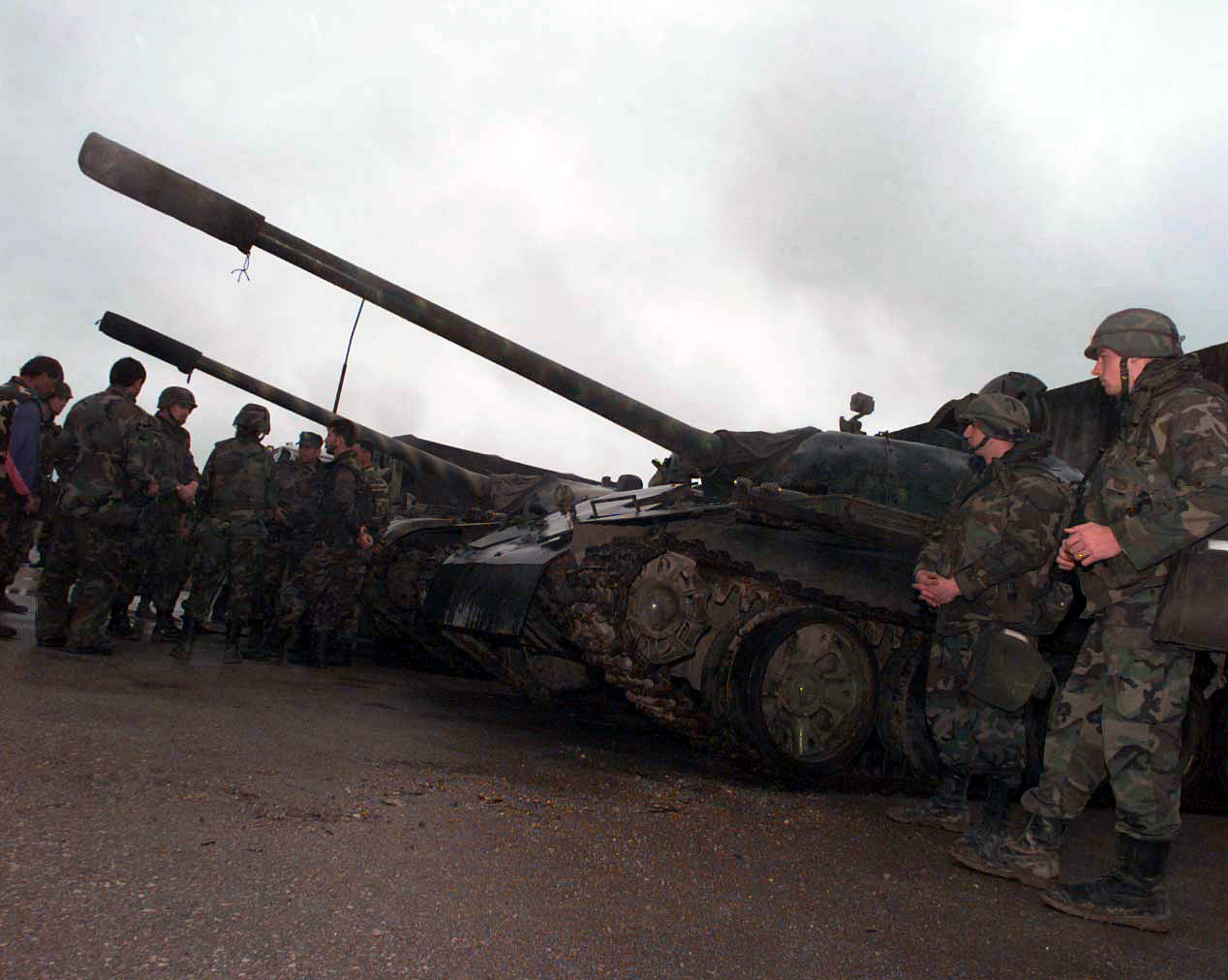 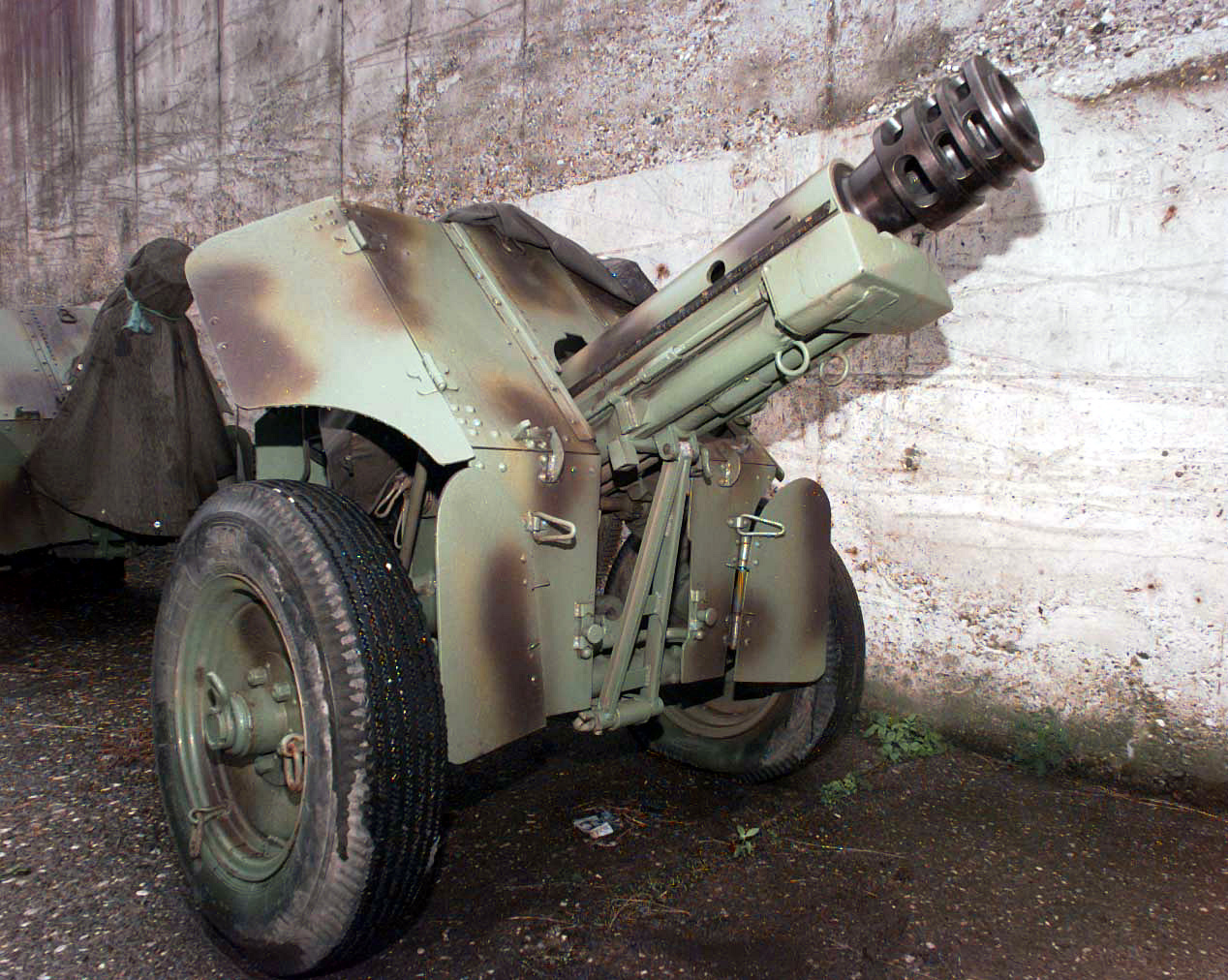 Infantry weapons of the Army of Bosnia and Herzegovina