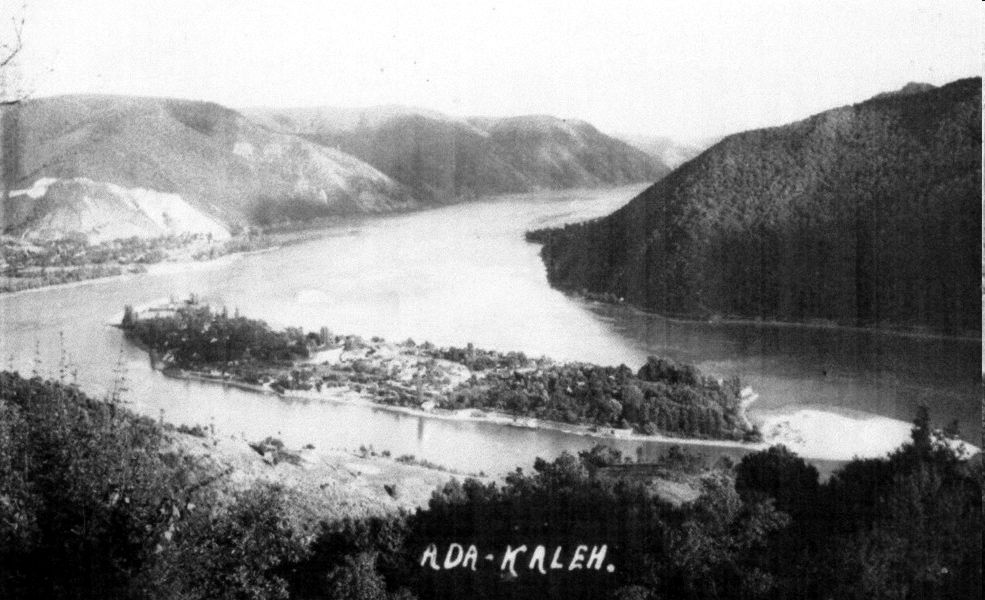 Ada Kaleh (; from tr|Adakale, meaning "Island Fortress"; hu|Újorsova or ; Serbian and Bulgarian: Адакале, ''Adakale'') was a small island on the Danube in what is modern Romania, populated mostly by Turks of Romania, that was submerged during the construction of the Iron Gates hydroelectric plant in 1970. The island was about downstream from Orșova and was less than two kilometers long and approximately half a kilometer wide (1.75 x 0.4–0.5 km). The isle of Ada Kaleh is probably the most evocative victim of the Iron Gate dam's construction. Once an Ottoman Turkish exclave that changed hands multiple times in the 18th and 19th centuries, it had a mosque and numerous twisting alleys, and was known as a free port and a smuggler's nest. The existence of Ada Kaleh was overlooked at the 1878 Congress of Berlin peace talks surrounding the Russo-Turkish War and the Romanian War of Independence, which allowed it to remain a ''de jure'' possession of the Ottoman Sultan until 1923.

The Habsburg Monarchy built a Vauban-type fort there to defend it from the Ottoman Empire, and that fort would remain a bone of contention for the two empires. In 1699 the island came under Ottoman control, however, it was recaptured by the Austrians in the 1716–18 war, and the fortress of New Orșova was built by Austrian colonel . After a four-month siege in 1738 it became Ottoman again, followed by the Austrians re-conquering it in 1789, but they had to return the island with the Treaty of Sistova (1791), which ended the 1787–91 war between the Ottoman Empire and the Habsburg Monarchy (and, by extension, the Ottoman–Habsburg wars). Thereafter, the island lost its military importance. In 1804, during the First Serbian Uprising, Serbian rebels, led by Milenko Stojković, caught and executed the Dahije (renegade Janissary junta in the Sanjak of Smederevo) that had fled Belgrade and taken refuge on the island, thereby ending Dahije tyranny. Even though the Ottomans lost the areas surrounding the island after the Russo-Turkish War (1877–1878) (and the Romanian War of Independence which was a part of the same conflict) the island was totally forgotten during the peace talks at the Congress of Berlin in 1878, which allowed it to remain a ''de jure'' Ottoman territory and the Ottoman sultan's private possession (although ''de facto'', in 1913, Austria-Hungary unilaterally declared its sovereignty over the island) until the Treaty of Lausanne in 1923.

''The Old Island of Ada Kaleh''


Ada Kaleh, an Ottoman Atlantis on the Danube